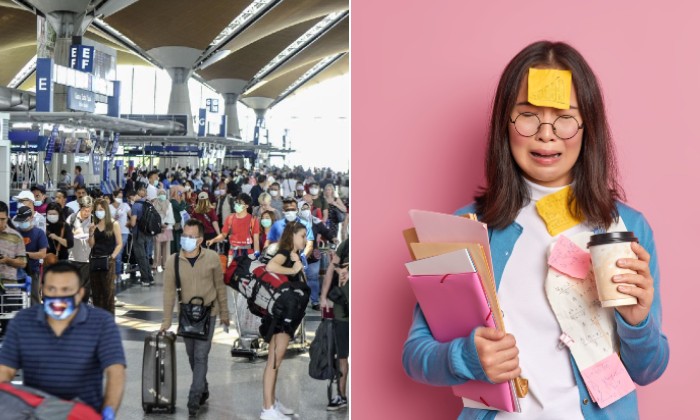 Are Malaysians unhappy with how things are here in the country?

An online survey on the r/malaysia Reddit page showed a majority that is actually unsatisfied with life here in Malaysia and would consider moving far, far away if they could.

Polling the opinions of some 3,200 people, the survey asked Malaysians who are living here in the country as well as those who had moved abroad on their thoughts about the homeland and how life might be different in other parts of the world.

The poll showed that only 9% of the respondents agreed that they were happy living here in Malaysia and wouldn’t think about leaving, while another 28% say that they have thought about immigrating to other countries but would most likely stay.

However, 44% of the respondents say that although they feel that life here in Malaysia was fine, they would still like to emigrate away if possible, while the other 18% totally feel unhappy in the country and would definitely move away when they can.

Read More: Malaysians Returning From Overseas Not Too Happy With Jobs Here

Greener on the other side?

Poking through the comments, it would appear that many had listed better employment opportunities and an improvement on the quality of life abroad for their reasons for wanting to move away.

Sharing their experiences of either travelling, studying or working overseas, Malaysians seem to agree that they had enjoyed more freedoms and opportunities abroad.

People also compared Malaysia’s high cost of living to the dismal wages that an average person would stand to make here in the country.

Many also expressed political fatigue, bad governance as well as their disdain for racism and religious issues as reasons why they were so tired and unhappy.

However, many still felt deep love and patriotism for their country and placed high hopes on its possible bright future.

Some also tell stories of having moved away to other countries but are not as better off as they would like to be, and were either looking to return home or wished they hadn’t left in the first place.

Though opinions on the matter vary, a lot of people seem to agree however that Malaysia had the potential to become a welcoming place to live if given a chance.

Malaysia needs talent, but the talents are leaving

In 2000, it was found that an average of one out of every 10 Malaysian graduates are emigrating in search of better opportunities.

Malaysians also made up around 2% of high-skilled workers in the European Union (EU) as of 2006.

By 2010, it was estimated that more than one million Malaysians left the country for greener pastures, and currently, 1.7 million Malaysians (which amounts to about 7X the entire population of Perlis) are known to be employed in countries like Singapore, Australia, the United Kingdom (UK) and the United States (US).

Lack of career opportunities has been credited as among the many reasons why Malaysians are choosing to move abroad to places where their skills are actually valued and they can earn a decent living.

To put things into perspective, it is said that fresh graduates in countries like our neighbours Singapore can earn more than RM100,000 annually compared to an optimistic average of only RM30,000 a year for entry-level jobs here in Malaysia.

This ‘brain drain’ effect where our educated and skilled citizens are moving away has been noted to cost the nation much in our efforts to become a high-income nation and will continue to impede us in the future.

Meanwhile, even the people who had chosen to migrate here to Malaysia were reconsidering their decision as the nation continues to struggle through a political, economical and public health crisis.

“At Least You’re Not Fishing In A Storm Drain”, Comedian Tells Malaysians To Te Grateful, But It Backfires

Holiday Planned Six Months Ago: Datuk Aliff Syukri Is Sad After Getting Criticized By Netizens