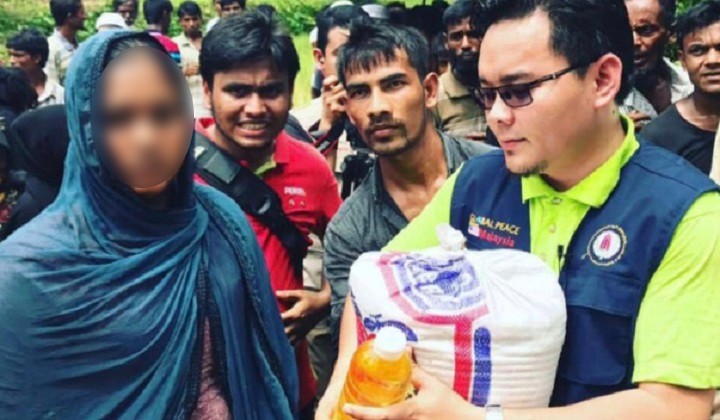 Though Malaysians have their own problems, they may find that they are still able to help the even more beleaguered Afghans, and even small donations can make a ton of difference in people’s lives, as non-governmental organisations have started to raise funds

Global Peace Mission (GPM) Malaysia is aiming to raise RM250,000 for the affected people in Afghanistan.

It is reported that the number of internally displaced people in Afghanistan is rising rapidly after the Taliban took over the country recently.

At least 244,000 people have been internally displaced since the beginning of May, according to information provided by the United Nations Office for the Coordination of Humanitarian Affairs (OCHA).

Making matters worse is the fact that many countries and organisations are pulling their funding until the warring factions in Afghanistan can form a stable government.

“Each gift from a new donor represents a new Malaysian who cares and empathises with others.

“Each of those individuals has the potential to be a lifelong supporter of humanitarian aids, championing rapid response to disasters and conflicts around the world,” he told TRP in an interview.

Money from the fundraising will be used to support a Malaysian humanitarian mission to Afghanistan.

“We have identified our local partners in Afghanistan to ensure that the funds raised will go directly to the Afghans through local-based agencies and organisations,” said Fahmi.

GPM will work with the Malaysian government, and possibly taking in refugees from Afghanistan are among the issues to be discussed.

Fahmi described Datuk Saifuddin Abdullah, who returned to his former post of Foreign Minister in the new Cabinet, as a firm supporter of global humanitarian and development aid.

“This is an opportunity for his newly-minted government to show its commitment to support a stable, peaceful future for the international community,” said Fahmi, who is also vice-president of the Muslim Youth Movement of Malaysia (ABIM).

Meanwhile, Malaysian Youth Council (MBM) president Jufitri Joha said the Afghan situation is an excellent opportunity for Malaysian youths to learn the importance of helping others.

“People who start volunteering at a young age will keep doing so as they grow older.

“Furthermore, Malaysia is a well-to-do country with plenty of resources so that we can help them,” he said during an online discourse on the situation in Afghanistan.

He added that Malaysia could also help by providing education to Afghans who seek shelter in Malaysia.

Already, there are some 4,000 Afghans in Malaysia, comprising students, refugees, and business people.

Meanwhile, advocacy group Malaysia4Uyghur (M4U) highlighted that Uyghurs are among those looking for a way out from Afghanistan now that it is under Taliban rule.

M4U president Zuhri Yuhyi said about 80 Uyghur families are in Afghanistan at the moment, based on data from the Uyghur Human Rights Project.

After the July 2009 riots in Urumchi, the Xinjiang Uyghur Autonomous Region capital, they had fled from China.

“They escaped to neighbouring Afghanistan to avoid repression following the ethnic unrest between Muslim Uighurs and Han Chinese.

“Now the Uyghurs are on the run again; we should help these persecuted people to find safety,” said Zuhri.

His advocacy group – a coalition of Islamic, Christian, and human rights NGOs – seeks refugee status for the Uyghurs in Malaysia.