She was chased down by 3 men riding 2 motorcycles who then kicked her over. 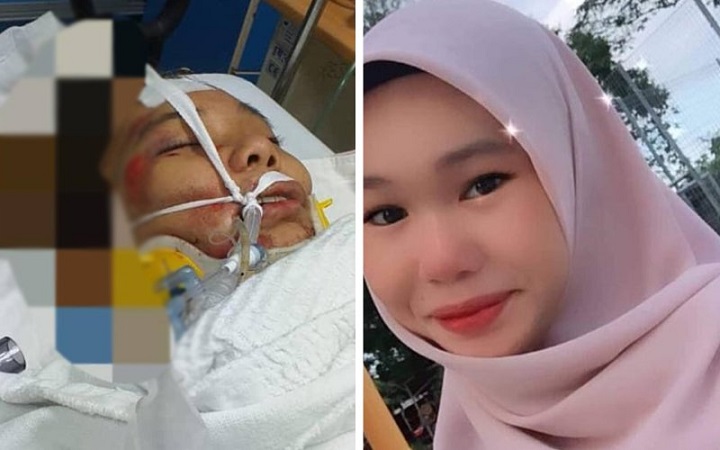 The right arm of a 17-year old girl required amputation up to her shoulder due to extensive injury attained when she and her boyfriend were mugged along Jalan Kuching, according to FMT.

The couple, riding a Y15ZR motorcycle, were chased by three men riding 2 motorcycles while heading to Jinjang at approximately 12.10 a.m.

When contacted, Nur Azizah’s family told FMT that the doctor could not save her right arm which had lost function, despite having sutured the main blood vessel.

On Friday, the doctor found that her right arm was turning blue, and immediately called her family to request permission to amputate, according to a relative who wished to remain anonymous.

Nur Azizah is the eldest of five siblings, and took on the job of delivering food to support her family after her father passed away.

“A reminder to the thieves, she has relatives that are still alive, and we will make sure all three suspects get what they deserve within Malaysian law,” a relative said.

Sentul District Police Chief Beh Eng Lai said the police are actively tracing the suspects. The case is being investigated under Section 394 of the penal code for deliberately inflicting injury during robbery.

Beh asks that any witnesses or anyone with information on the suspects contact the Sentul police headquarters at 03-40488206.