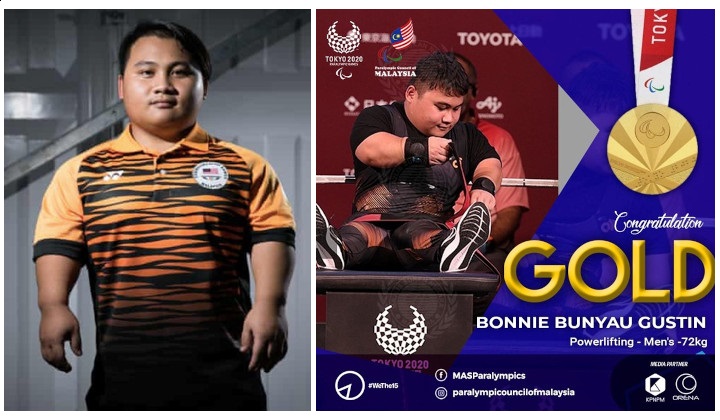 All eyes were on the 22-year-old Powerlifter earlier today as he made his Paralympics debut at the Tokyo International Forum.

He was viewed as one of the main medal contenders after breaking the world record for the men’s over 72 kg category at the 11th Fazza Dubai 2021 Para Powerlifting World Cup in the United Arab Emirates by lifting 230kg.

Bonnie also broke the Paralympics record of 227 kg set by Rasool Mohsin from Iraq in Rio 2016 when he lifted 228kg in his third attempt on the first day of the sport.

Before winning the Paralympics event, Bonnie’s 4th attempt saw him trying to lift 231 kg, one kg more than his previous record breaking, but was considered a failed attempt.

Congrats to Bonnie on his amazing feat and for winning Gold for Malaysia on his Paralympic debut!

Gov’t To Cut SOPs Down To 10, Making It Easier For Public To Understand, Says Defence Minister