Comments on TikTok have some people apologizing for how the man was treated. 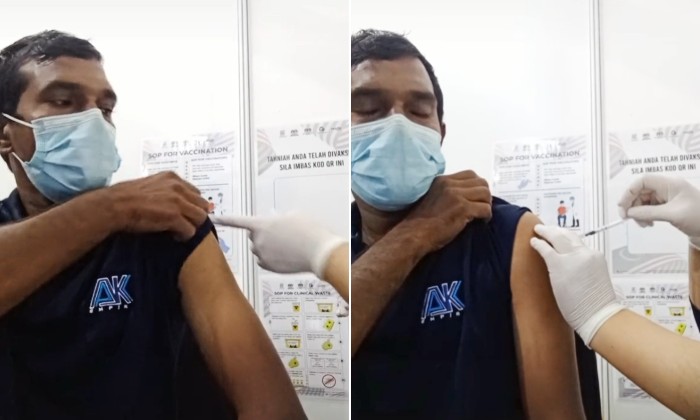 “Why you gotta be so rude?” asked Malaysians when a video showing a healthcare frontliner allegedly being rude to a foreigner during his Covid-19 vaccination made its way onto social media.

The 15-second clip originally posted on TikTok was reshared by netizens who took offence at the unprofessionalism shown by the medical worker when it came time for the man to be injected.

“Busy want to take video, but not ready,” said the lady when telling the man to lift up his sleeves as she prepared to stick the needle in his arm.

Many who saw the video felt sorry for the man who had apparently set up his camera to record the event. The treatment he received triggered many to acknowledge how some Malaysians tend to mistreat foreign migrants.

Treat people how you want to be treated. The tables could turn anytime and let’s just hope that you won’t be as unlucky to have to deal with someone like you. https://t.co/HWVNpymw9w

the way he’s so unfazed by this treatment j shows that it happens ALL THE TIME https://t.co/4traGW8MHm

Some were also moved to share examples of how professional medical workers treat their patients, regardless of their nationality.

But, others are also of the opinion that the issue might have been blown way out of proportion.

Am I the only one who don’t think this is as bad as people are making it out to be? https://t.co/Njk2sMoMgx

However, comments seen on the original video posted by user3292892820 have some people openly apologizing to the ‘uncle’ for the treatment he had received and promised that not all of us behaved in such a way.