He was awarded the highest position in Malaysian Politics with a sufficient majority to form a government. 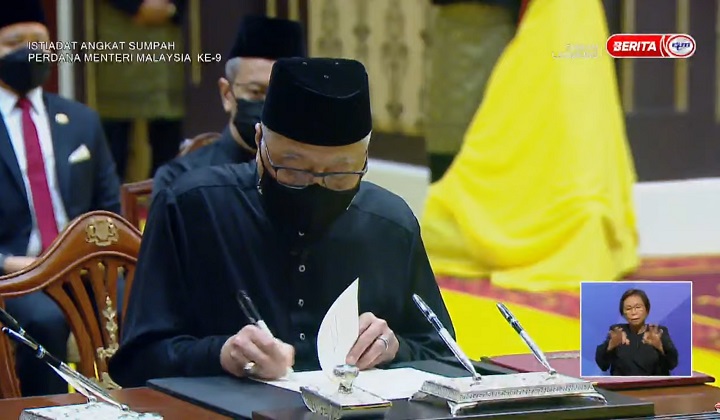 Datuk Seri Ismail Sabri Yaakob has been sworn in as the next Prime Minister of Malaysia at Istana Negara today (21 August), 10 days before the country celebrates Merdeka.

This experienced politician started his journey in Malaysian politics 20 years ago. When the pandemic hit our shores in 2020, he became one of the three key spokespersons for the government and represented the National Security Council.

As a Senior Minister, he headed the Security Cluster during Covid-19

That is until he was promoted to the position of Deputy Prime Minister on 7 July.

When Tan Sri Mahiaddin Md Yasin resigned as Prime Minister on 16 August, Ismail Sabri was one of the candidates poised to fill in the position.

Within the following four days, MPs were called to submit their Statutory Declarations to Istana Negara, met with the Agong to confirm their nomination, and the Malay Ruler congregated to discuss and later announced that Ismail Sabri would be Malaysia’s Ninth Prime Minister.

For the complete story of Ismail Sabri and his journey to becoming the Prime Minister, we have compressed all that you need to know into a 4-minute read.

Ismail Sabri Addresses The Country In His Inaugural Speech