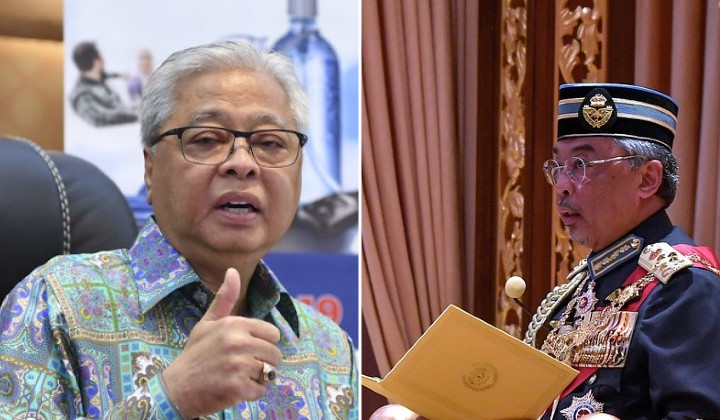 Bera MP Datuk Seri Ismail Sabri will be sworn in as the next Prime Minister tomorrow (Saturday) at Istana Negara at 2:30pm.

The announcement was made by the royal palace saying that with the support of 114 MPs, the Former Deputy Prime Minister now has the majority to form a government.

From the declaration letters, the palace said that a total of 114 Members of the House of Representatives have nominated Yang Berhormat Dato ‘Sri Ismail Sabri bin Yaakob (Member of Parliament for Bera), a sufficient majority to form the Government.

Istana Negara held a special discussion, which lasted for two and a half hours with the Malay Rulers starting at 2:30 pm.

Istana Negara received the nominations of the future Prime Minister from 220 Members of the Dewan Rakyat, each through a statutory declaration on 18 August 2021.

With the appointment of the Prime Minister, the Agong views that the government must continue its efforts to combat the Covid-19 pandemic immediately for the benefit and security of the people and the well-being of the country which is greatly affected by the crisis and the threat of this pandemic.

The Agong also expressed the hope that the political crisis can be ended immediately and all Members of the House of Representatives can set aside the political agenda with unity and unanimously work to address the pandemic in the interest of the people and the country.

The King also views that the people should not be burdened with endless political turmoil at a time when the country is struggling with health issues and economic depression due to the pandemic.

Members of the Dewan Rakyat are also reminded to show solidarity by giving priority, high commitment and the best service to the people.