The drug is currently being used to treat worms in animals. 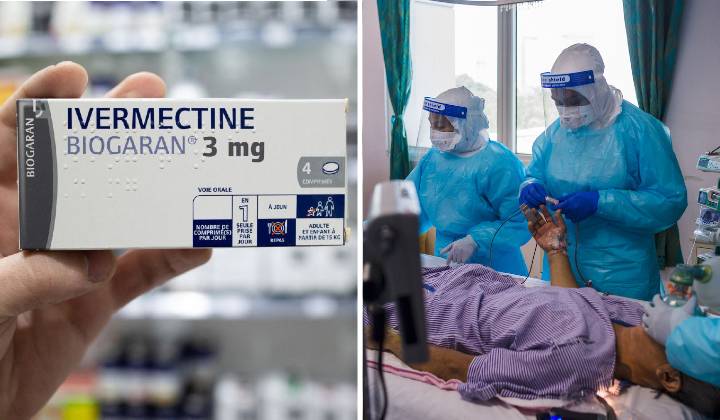 Physicians do not recommend taking Ivermectin because there are no studies that confirm its effectiveness and safety at this time.

Head of Clinical Services for Infectious Diseases, Ministry of Health Malaysia (MOH), Datuk Dr Mahiran Mustafa was quoted by Sinar Harian saying that although it is not considered a poison, but there is not enough data to recommend the drug to be used to treat Covid-19 patients.

She said that Ivermectin is an antiparasitic drug that is mostly used in veterinary medicine especially to treat worm problems.

For now, we cannot confirm whether it is effective or not because we do not have enough studies to determine its effectiveness and safety. We don’t say it’s poison but if we look at the studies done in the laboratory, it uses a very high dose. Almost 50 times the dose used for antiparasites. So, if we look at it from a security point of view, it is very worrying.

It’s worrying that Ivermectin is readily available to consumers

Commenting on the widespread sale of the drug in the market, Dr Mahiran said the situation was quite worrying as it is sold illegally without obtaining confirmation from the National Pharmaceutical Regulatory Division (NPRA).

There are also individuals who are victims. They pay, then get fake medicine.

In the meantime, she also expressed concern because some patients who were admitted to the hospital had received Ivermectin and it turns out that they got the drug from a medical practitioner.

If we look at cases from abroad, they buy them from pet stores and we do not know how many doses in each tablet involved. If used for humans, it will give side effects

People have been poisoned from this

The National Poison Centre has reported two poisoning cases involving Ivermectin, based on their recent post on Facebook.

The first case is identified as a 35-year-old who took 1 pill of Ivermectin and experienced symptoms such as shortness of breath lasting up to 5 days after ingestion.

In the second case, a senior citizen was found unconscious after allegedly taking 15 pills at once.

The NPC said that Ivermectin poisoning can cause adverse effects such as vomiting, diarrhoea, abdominal pain, and dizziness. Severe effects include low blood pressure, shortness of breath, lung damage, and death.

Unfortunately, there is no specific antidote or treatment for this case of poisoning.