The higher the taxes, the more criminals can make a profit. 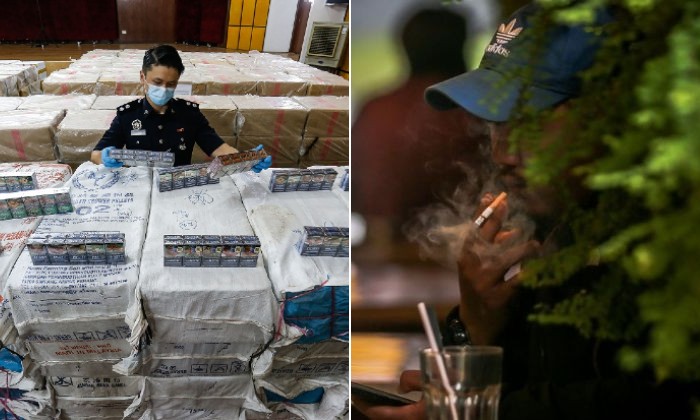 A special report by Harian Metro uncovered a syndicate said to be masterminded by an individual they call ‘Datuk Ben – King of Smugglers’, who apparently made an empire worth millions of ringgit and controls everything from the shadows.

The Ben Gang are described as notorious criminals whose start in the smuggling business began with trafficking fruits and tires into Singapore from their base of operations in Johor.

The syndicate moved over to smuggling cigarettes in 2012, moving illegal cigarette brands like Canyon, John and U2 into the country from Vietnam.

By 2015, just when the government introduced laws that increase the tax rate and price for legal cigarettes, Datuk Ben was able to expand his networks and built up his criminal consortium.

And just like any mafia boss you’d see in the movies, Datuk Ben is well organized – having set up transportation, storage and retail fronts for his illegal business as well as financial and legal backdoors so that nothing could be tied back to him.

In fact, it’s said that Datuk Ben even established an NGO to ‘help’ people in need and employs locals like boat owners whose income had been affected by the fall of tourism – offering them easy money to commit crimes. (Godfather vibes for sure).

The Ben Gang’s illicit activities have reportedly caused our national coffers to lose around RM5 billion a year in taxpayers money.

Former Treasury Secretary-General Tan Sri Mohd Sheriff Mohd Kassim believes that the higher the taxes are on cigarettes, the more smugglers have to profit.

His op-ed in the New Straits Times explains that the current duties imposed on cigarettes are enough to maintain this equilibrium we have at keeping crime at bay as well as avoid us from losing more taxpayer money.

With every increase in import tax and excise duty on cigarettes, the profit incentive for smuggling becomes more attractive — big enough for crime syndicates to pay off all enforcement units at the various border points and still have enough to make them rich.

He suggested that the government review its tax policies to both put a stop to smuggling and strengthen the nation’s revenue.

Fazli told Sarawak Tribune that even though the country’s political unrest has not reached critical levels, current tensions coupled with the economic impacts of the Covid-19 crisis were enough to see an increase in smuggling activities in recent months, especially the trafficking of cigarettes.

Although our law enforcement agencies are well aware of who exactly these dons are, could it be that action could not be taken because our leaders and policymakers are constantly distracted playing game of thrones?

Fazli says that unless we start to address problems such as corruption, the country’s high unemployment rate, low income and the price gap between legal and illegal cigarettes to make it unprofitable for criminals, the black market will continue to thrive.

Organised criminal syndicates welcome political instability and will be more than willing to facilitate a dysfunctional government through corruption. Moreover, stretched incomes and high unemployment rates will also mean more consumers turning to smuggled products that are untaxed and unregulated.