1MDB trial further delayed after Najib’s absence to attend audience with the King. 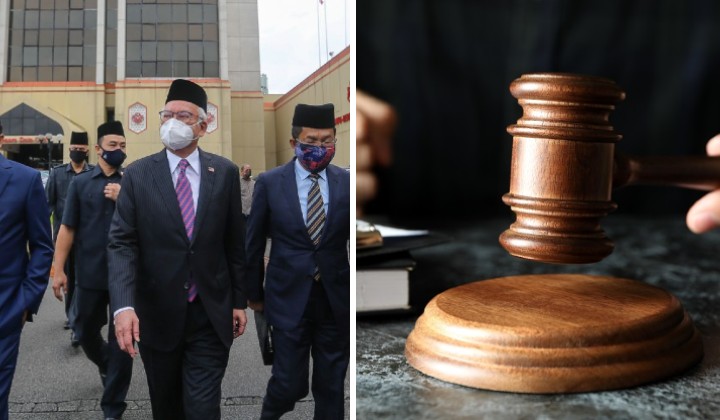 Datuk Seri Najib Razak, or rather his lawyer, was reportedly on the receiving end of some judicial fury as the Former Prime Minister failed to turn up to his scheduled hearing at the High Court this morning.

The 1MDB trial, judged by Collin Lawrence Sequerah, was scheduled for 9:30am today.

According to Malay Mail, the judge entered the courtroom at 9:40am, at which time Najib’s lawyer, Rahmat Hazlan, informed the High Court that the defence was only notified last night that their client, along with other MPs, were expected at the palace for an audience with the Yang di-Pertuan Agong.

Following Rahmat’s explanation on Najib’s absence, the judge responded saying Najib should have courtesy to head to the High Court first, while adding that in no uncertain terms, Najib had to abide by the Agong’s demands.

“But the newspaper reports I read said it’s going to be in batches. Your client better let me know from what time to what time. I want to know what time is his slot there, and after he meets the King, I want him back here and the trial to proceed. I may not even stop at 4pm today,” said Sequerah.

Najib’s lawyers were then give 10 minutes to find out the time slot allocated for the Pekan MP in the palace.

Previously, Najib’s lawyers had requested for postponement, or shortening of the trial due to various reasons, such as ailments on Najib’s end to which the judge was stern in delivering his decision.

In today’s case however, the judge was reported to be “unusually angry”, and spoke with a “furious tone”, when informed of Najib’s absence.

Sequerah appeared to have “calmed down” shortly after, informing Hazlan that they should be prepared to go into overtime, as too much time has been lost.

Yesterday’s trial also went into overtime, as proceedings could not start until Najib was available at 3pm, following a meeting with Umno President Datuk Seri Ahmad Zahid Hamidi and Umno Vice President Datuk Seri Ismail Sabri Yaakob for the selection of a new prime minister. Proceedings were reported to have passed the 5pm mark.

The judge, in an attempt to make up for lost time, had decided that the lunch break would be cut short, and is trying to be excused from a webinar he is required to attend in relation to the case.

Malaysian MPs Made Into 8Bit RPG Characters: See How They Rank