“The rakyat should not be burdened by unending political chaos while the country is also struggling with health and economic issues because of the Covid-19 pandemic.” 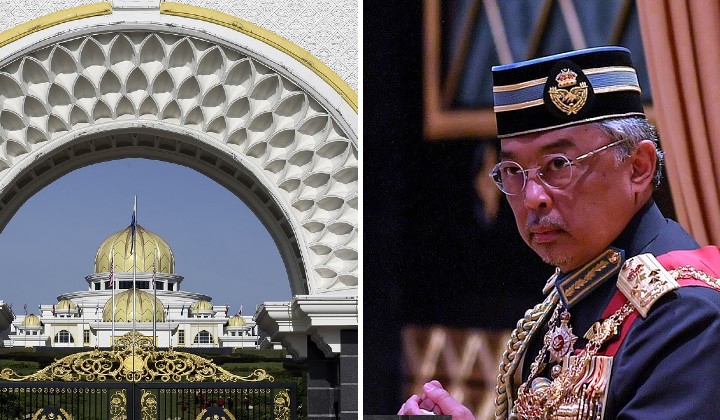 In his parting words with political party leaders and representatives yesterday, the Agong said whichever side wins in the upcoming parliamentary vote must extend their hand and work with the other side.

In a statement today, Comptroller of the Royal Household Datuk Ahmad Fadil Shamsuddin says Yang di-Pertuan Agong Al-Sultan Abdullah Ri’ayatuddin Al-Mustafa Billah Shah said that in other words, there can be no absolute winners or absolute losers.

The Agong stressed that choosing who would lead the Federal Government must be done in accordance with the Federal Consitution and the rakyat should not be burdened by unending political chaos while the country is also struggling with health and economic issues because of the Covid-19 pandemic.

His Highness also reiterated that all 220 current MPs must send in themselves their statutory declarations of support for their choice of Prime Minister by 4 pm today to help him in deciding who has the support in Parliament to be Prime Minister.

However, he also said that once a Prime Minister is appointed under Articles 40(2)(a) and 43(2)(a) of the Federal Consitution, they must table a motion of confidence in the Dewan Rakyat as soon as possible to legitimize their position.

The Agong said he would also be meeting with the other Malay Rulers on Friday to discuss these recent events.

The party leaders in attendance were from UMNO, DAP, PKR, Bersatu, PAS, Amanah, Warisan, and Pejuang, while the Agong had spoken with GPS component parties online about an hour prior.