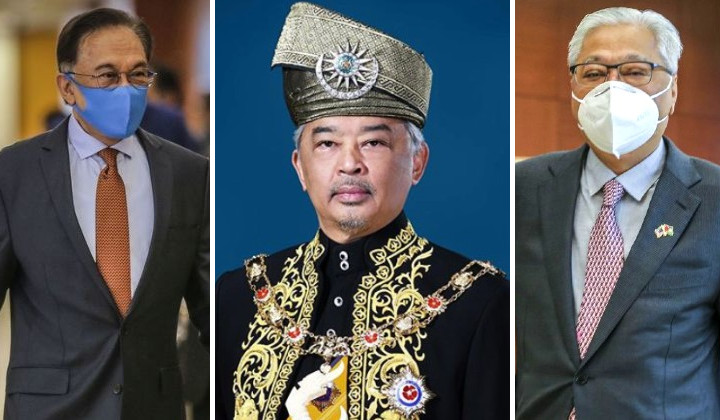 To determine who will be the next Prime Minister, Dewan Rakyat Speaker Datuk Azhar Azizan Harun said previously that Members of Parliament were given up to 4pm today to submit their SDs to the Palace.

18 MPs have reportedly submitted their Statutory Declarations at the very last minute.

NST quoted a source who said that the MPs were from one of the East Malaysian states and the political alliance sent their SDs less than 30 minutes before the deadline.

All of Bersatu MPs will back Umno vice-president and Bera MP Datuk Seri Ismail Sabri Yaakob as the next prime minister, says its supreme council member Eddin Syazlee Shith.

Eddin was quoted by The Star saying that this involves 35 MPs – 31 from Bersatu and four independent MPs.

Pejuang says they’re supporting those not in the court cluster

Four Members of Parliament from Parti Pejuang Tanah Air (Pejuang) have sent their SDs to Istana Negara at 3.40pm today, .

It’s reported by Harian Metro that the candidate named was not from the party.

Earlier, Mukhriz, who is also Pejuang President, was reported to have said that the party would support anyone with a majority for the prime minister’s post as long as the candidate was not from the court cluster.

MPs from WARISAN, DAP and PKR have reportedly given their support to Datuk Seri Anwar Ibrahim as the Prime Ministerial candidate from the Pakatan Harapan (PH) bloc, based on reports from Berita Harian.

Previously the opposition also named Semporna MP Datuk Seri Shafie Apdal but he withdrew to give way to Anwar.

Parti Warisan Sabah (WARISAN) have announced that they will give way to Datuk Seri Anwar Ibrahim as the Prime Ministerial candidate.

Wira WARISAN Chief, Datuk Mohd Azis Jamman said to BH the stand was in line with the principles of Pakatan Harapan (PH) Plus which put Anwar as the first choice candidate but added that the chance should be given to the Semporna MP if he doesn’t command a majority.

It’s reported by MalaysiaKini that the coalition in principle supports Ismail Sabri as the next PM.

The Yang di-Pertuan Agong has decreed that the new Prime Minister to immediately submit a motion of confidence in the Dewan Rakyat to confirm that he has the majority support.

The order was in line with the provisions under Article 43 (2) (a) of the Federal Constitution, based on reports from NST.

Astro Awani also reported that the King will be having a special discussion with the Council of Malay Rulers on Friday to discuss current issues.