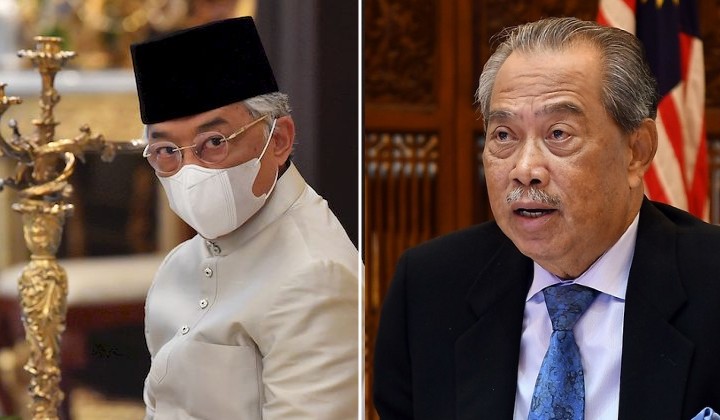 Concurrently the YDPA had placed Mahiaddin as Malaysia’s ‘Caretaker Prime Minister’ until a new PM can be appointed.

To note, the Caretaker PM position is similar to what was held by Tun Dr Mahathir Muhammad following the fall of the Pakatan Harapan government in 2020 before Mahiaddin was installed as Malaysia’s 8th PM.

Read More: Having An Interim Prime Minister Is Actually Nothing New In Malaysia

According to a statement released by the Palace, the move to appoint Mahiaddin as Caretaker PM was in line with Article 40 (2) (a) of the Federal Constitution which dictates that the YDPA must choose a Member of Parliament (MP) that he believes has the majority support of the Dewan Rakyat as the nation’s new premier.

The YDPA also noted that holding Malaysia’s 15th General Election (GE15) was not a good decision because of the pandemic and the fact that 79% of the nation’s constituencies were still Covid-19 hotspots.

The YDPA prays that the nation’s political crisis can be resolved for the good of the people and asked Malaysians to remain patient.

The question now remains if other Members of Parliament (MP) would step up and present His Majesty with proof that they have the majority support in the House of Representatives to lead the government in place of the Caretaker PM.