Mahiaddin said political instability would make it difficult for the country to reach herd immunity by October. 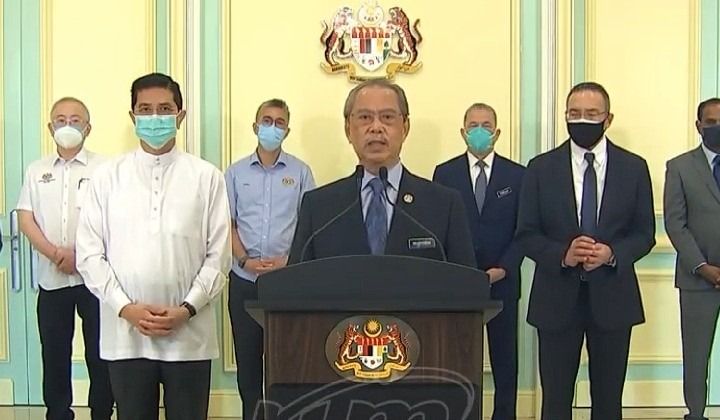 The next General Election will likely be held by July of next year, according to Prime Minister Tan Sri Mahiaddin Md Yasin.

He said that he doesn’t want to hold on to his position for too long, adding that it’s time to give back the power to the people.

The government will also initiate a cross-party framework if the Prime Minister gets enough support from Members of Parliament (MPs) in the upcoming confidence vote.

He said that if MPs were to vote for him, there will be a prorated fund allocation for all the MPs to help their constituencies.

It’s one of the things that he said that the government will do, including raising the ceiling for the Covid-19 Fund.

He also called upon support from both sides of the political divide to support the government’s efforts.

Mahiaddin also said that he will take the honorable road to solve this political crisis but until this very moment there is no one who can prove they have the support of a majority in Parliament.

It wouldn’t be just me resigning. According to the Federal Constitution, I must resign the whole Cabinet and the PN government will fall.

In the announcement, Mahiaddin mentioned that political instability would make it difficult for the country to reach herd immunity by October.