This happened in Kamunting, Perak. 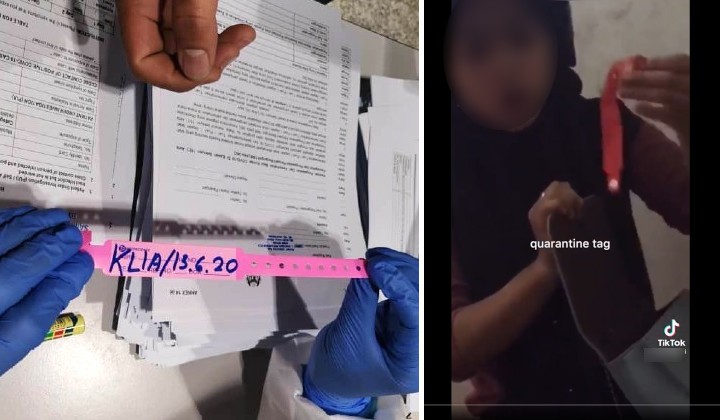 A teen was fined RM5,000 by the police for removing her pink quarantine wristband and going out for a ride on a motorcycle.

The incident, according to the police, happened in Kamunting, Perak.

The 17-year-old was caught thanks to a TikTok video that went viral on social media.

The video shows the teen, all dressed up and wearing a helmet. Her sibling, who was recording her, warned the teen not to go out while in quarantine.

However, the teen then took her quarantine wristband out of her handbag and made a joke, as her sibling continued to warn her not to go out while also showing that her own wristband was still on.