One Minister has also resigned from the Cabinet today. 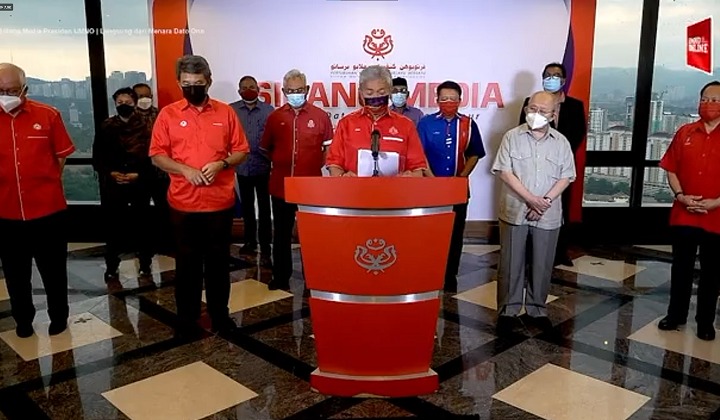 UMNO has announced that they will withdraw their support from the Perikatan Nasional government and will not support Tan Sri Mahiaddin Md Yasin as Prime Minister.

The party’s President Datuk Seri Ahmad Zahid Hamidi also said in the same press conference that the Prime Minister should step down.

He also said that he presented a list of UMNO MPs to the King and added that the Agong has been informed that Muhyiddin no longer has a majority in Parliament.

Earlier today, Lenggong MP Datuk Seri Dr Shamsul Anuar Nasarah announced that he is vacating his post as Energy and Natural Resources Minister as a sign of loyalty for the party

READ MORE: Energy And Natural Resources Minister Resigns As A Symbol Of Loyalty To UMNO