Aaron Chia and Soh Wooi Yik brought home the same medal as the Sidek Brothers did in 1992. 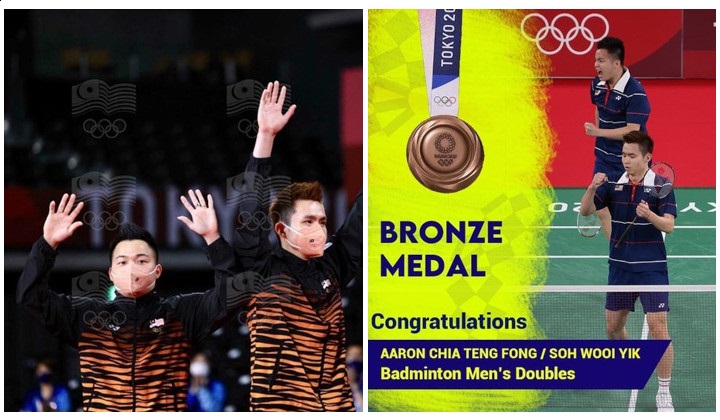 Congratulations to Aaron Chia and Soh Wooi Yik, the dynamic duo in the Men’s Doubles for badminton who have just won Malaysia their first medal at the Tokyo Olympic Games.

In the gripping game last night (31 July), the duo bagged a bronze medal after defeating one of their biggest rivals, Mohammad Ahsan and Hendra Setiawan of Indonesia.

In the nail-biting race for 3rd place, our Malaysian sport heroes secured a spot by defeating the Indonesian pair 17-21, 21-17, 21-14. The momentous comeback comes even after Aaron-Wooi Yik had lost to Ahsan-Hendra in the group stage last week.

In an Instagram post by Malaysia Time Tunnel, the victorious feat comes almost exactly 29 years after brothers Razif and Jalani Sidek won Malaysia’s first-ever Olympic medal at the 1992 Olympics in Barcelona, coincidentally in the Men’s Doubles for Badminton too!

Congratulations again and also to all our other athletes who made it this far to the Olympics.