Ismail Sabri was recently appointed Deputy Prime Minister while Hishammuddin was made a Senior Minister. 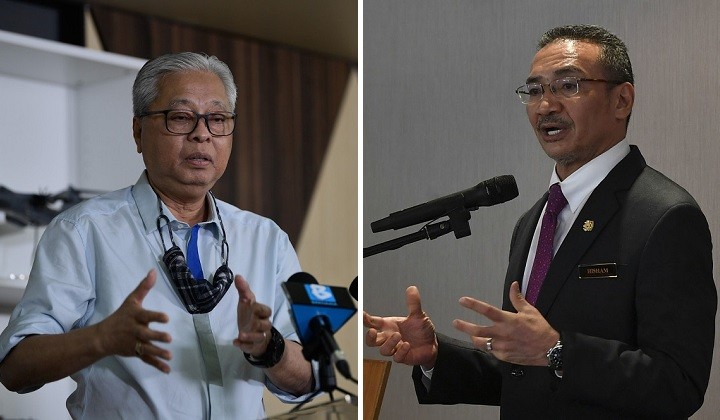 It’s reported that Ismail Sabri has been holding briefings for more than 400 days – since 20 March – to notify the public on non-health Covid-19 updates and on the works done by the Compliance Operation Task Force.

Every day, I have been getting the (Covid-19) security updates including on the Standard Operating Procedures (SOPs), the border control and announce them to the people throughout the restricted movement order period and also on the National Recovery Plan (NRP).

Ismail Sabri, who is also the Defence Minister, also mentioned to NST that since he has moved up to become the Deputy Prime Minister, Hishammuddin will be taking over duties related to National Security from now on.

READ MORE: Hishammuddin: Who Is This Man Who Has To Keep Denying He’s The Next PM?

On 7 July, the government announced Ismail Sabri as the new Deputy Prime Minister with Hishammuddin being given the role of Senior Minister.

Hishammuddin retains his Foreign Affairs portfolio but he will now head the Security Cluster – which was previously headed by Ismail Sabri – and also assist in the implementation of the National Recovery Plan (NRP).

We Failed Wawasan 2020, But Here’s A Look At The 12th Malaysia Plan

Cameron Park Developers On Why Pahang MB Hasn’t Received The Application: “We Haven’t Submitted Any”