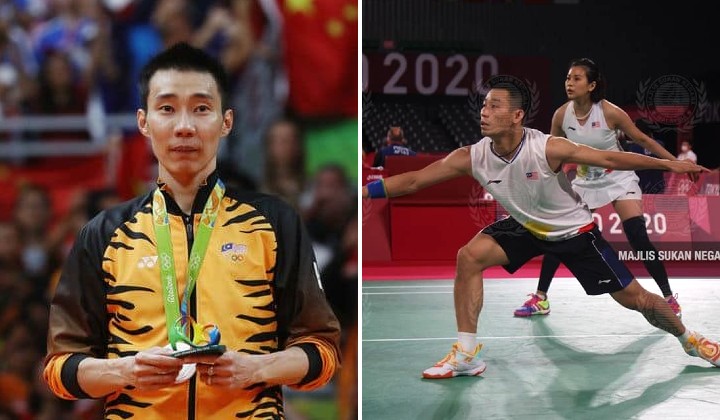 Datuk Lee Chong Wei has stepped up to openly express his disappointment that some Malaysians have verbally abused the Badminton mixed doubles team representing the country at the Tokyo Olympics 2021.

Our former Malaysian badminton champion took to Facebook to slam haters who have left hateful messages on the duo’s social media.

According to Lee Chong Wei, the duo has been abused by online comments during the loss of their matches.

No one wants to go in court and lose. These players brought you joy before. Don’t mock and desert them when they lost a game.

On certain platforms, as Malaysians watched the game, some commented on the less-than-ideal performance by the duo and highlighted Goh Liu Ying’s injuries which were exploited by their German opponents.

After their match, both Chan Peng Soon and Goh Liu Ying made public apologies for losing both matches on their social media.

However, perhaps spurred on by Lee Chong Wei’s words, a quick look at both Chan Peng Soon and Goh Liu Ying’s social media showed only an outpouring of love and support. Netizens rallied behind them with unwavering support and refused to accept the apologies, saying that none were needed and that they have already made Malaysia proud.

READ MORE: Day 2 Of Olympics Sees Outpouring Of Love For M’sian Team Despite Losing The Match

The duo will have a final match against team China later today, although a victory would still not be enough for them to continue their journey for a medal.