A recent viral video saw ‘Tank Top’ guy without a mask and asking people if they want to “kena whack” on Sunday morning. 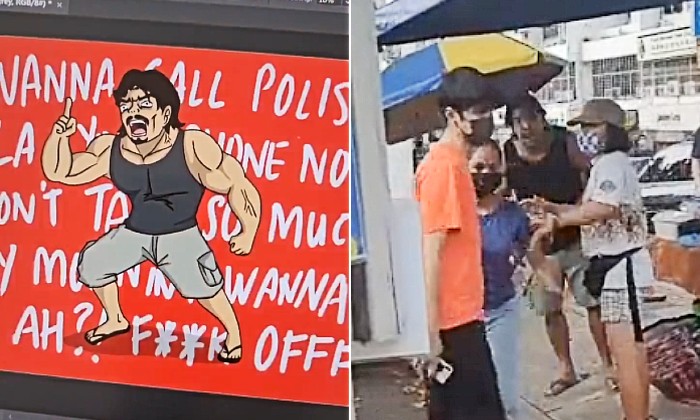 The infamous ‘Tank Top’ guy recently caught in an outrage episode at a local nasi lemak stall in Kuala Lumpur pleaded not guilty to charges of not wearing a face mask in public and insulting people.

33-year-old businessman, Shyamalan Jaganathan, was charged under Rule 17(1) of the Prevention and Control of Infectious Diseases Regulations 2021 for failure to comply with Covid-19 standard operating procedure which carries a punishment of up to six months in jail, a maximum fine of RM50,000 or both.

Shyamalan’s viral outburst was believed to have been triggered when members of the public reprimanded him for not wearing a face mask outside.

At the same time, he was charged under Section 509 of the Penal Code for words or gestures intended to insult the modesty of 23-year-old Cherrilyn De Centino during the incident, which if found guilty, is punishable by up to five years imprisonment, fines, or both.

Shyamalan was released on bail with the next mention of the case set in August.