He was accused of taking Bersatu’s money without prior consent from the party’s higher ups. 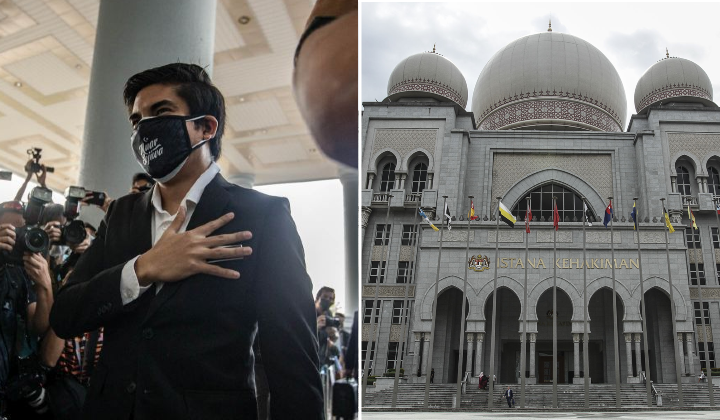 Former Youth and Sports Minister Syed Saddiq Syed Abdul Rahman pleaded not guilty to a charge of breach of trust involving more than RM1 million at the Sessions Court here, on Thursday.

Based on reports from Sinar Harian, the charge is filed under Section 405 of the Penal Code which is punishable under Section 406 of the same code, provides for imprisonment not exceeding 10 years and with whipping and is liable to a fine, if convicted.

The Muar Member of Parliament was accused of committing the act by withdrawing the RM1 million in a form of a cheque from the CIMB bank outlet at Menara CIMB, Jalan Stesen Sentral 2, on March 6 last year, according to reports from Malay Mail.

It’s also reported by CNA that he was also charged for dishonestly misappropriating RM120,000 in donations for the 14th General Election.

The Star reported that he allegedly committed the offence at Maybank in Taman Pandan Jaya, between 8 April and 21 April 2018.

The charge is under Section 403 of the Penal Code and carries imprisonment between six months and five years and whipping and can be liable for a fine.

He allegedly committed the act during his time as the Bersatu Youth Chief, withdrawing the funds without prior approval by the party’s Central Leadership Committee.

It is in moments like this that i am reminded why i joined Politics.

Don’t be afraid to speak out, says Muar MP

After his court session ended, the Former Minister claimed to reporters that several other MPs are also being “targeted” by the authorities with corruption investigations launched against them.

FMT quoted the Muar MP who said that he was informed during his visit to the Malaysian Anti-Corruption Commission (MACC) office that other MPs had also been called up by investigators.

Some are scheduled to meet MACC tomorrow, and some had their session postponed. My message to them is clear, never bow to those who intimidate us, especially before Dewan Rakyat resumes next Monday. We have our dignity.

Syed also said that other MPs should not easily switch sides if they’re threatened with legal action.

He was quoted by Sinar Harian saying that no one made threats as alleged by the Muar MP.

However, based on reports from Utusan, Wan Saiful claimed that at the time no action was taken against the Muar MP, possibly due to his influence or connection with the PH leaders who led the government at the time.

Parti Pejuang Tanah Air (Pejuang) President Datuk Seri Mukhriz Mahathir came out in defence of the Former Youth Minister, stating that he is an honest MP and not trying to make a profit by being a representative.

The Jerlun MP also said that Syed Saddiq is not the kind of person who entered the field to make a quick buck.