Eight people have been arrested so far. 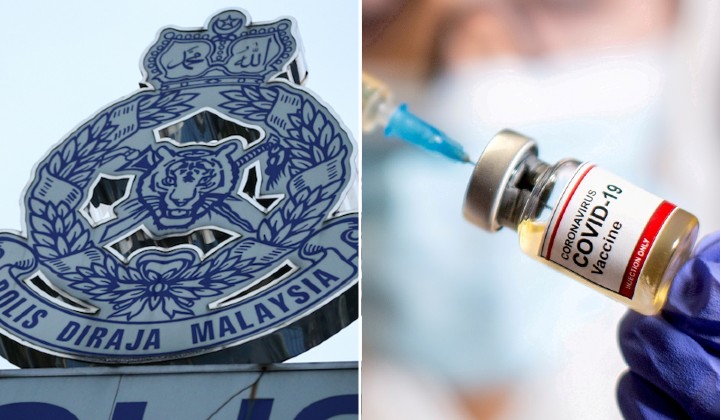 The Commercial Crime Investigation Department has confirmed that up to four police reports have been received regarding the Covid-19 vaccine issues.

PDRM in a statement released on social media said that eight people have been arrested so far for to help with investigations and they have been granted bail.

Bukit Aman Commercial Crime Investigation Department (CCID) Director Comm Datuk Mohd Kamarudin Md Din mentioned that three reports are related to Covid-19 vaccine sales scams while another report is on the sudden increase in the number of recipients in one of the vaccine centers (PPVs) that exceed the number of vaccines supplied.

One of the investigations of these cases has been completed and the Attorney-General’s Department decided that no charges were filed after the investigation found that there was no sufficient evidence and statements to accuse the suspects.

He also said that the remaining three investigation papers are still on-going and urged the public not to make any speculations regarding the investigation of these cases.

The police have also detected the existence of a new scam syndicate which claims to sell Covid-19 vaccines to deceive the victims.

In these cases, Kamaruddin said, the victim will be contacted by a syndicate disguised as Health Ministry officials informing that action will be taken on the victim for selling vaccines online via Facebook.

To date, 38 police reports have been received regarding such cases involving losses amounting to RM54,500.00.