When wildlife and humans come into conflict, there are bound to be injuries on both ends. 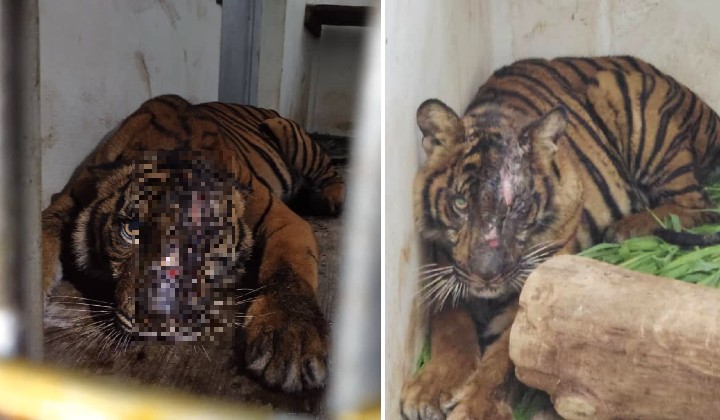 A female tiger with a large face injury is recovering well at the National Wildlife Rescue Center, the Wildlife Department (Perhilitan) reports.

The female tiger, nicknamed Syamilla Bihai, has a large wound across her entire face. She sustained the injury from a parang wielded by Orang Asli during a conflict in Kelantan on 5th July 2021.

She was rescued by Wildlife Rangers on 16th July and treated for injuries, which were focused mainly on her head.

Later, she was transferred to the rehabilitan center in Sungkai, Perak, for further follow-ups and monitoring by vetenarians to closely ensure that she recovers fully.

The Wildlife Department is pleased to note that so far, their efforts seem promising as her facial injuries have healed and she has recovered her appetite enough to consume meat again.

Chinese Muslim Convert Criticised For Having Beer Signboard, Taoist Altar And Non-Muslim Workers At His Restaurant In KL