Increased public health measures and a ramped up vaccination drive will help to manage the spread. 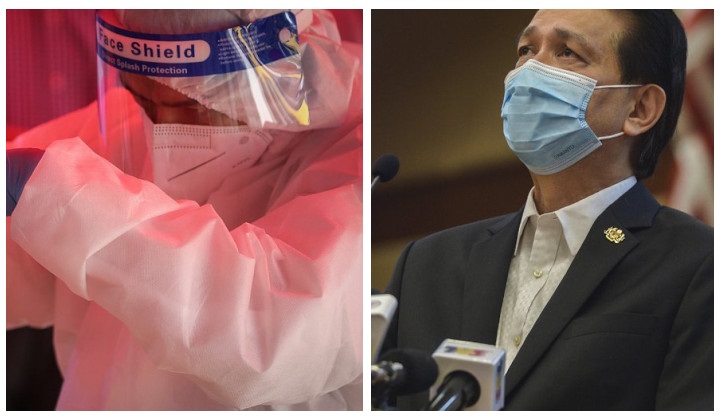 Health Director-General Tan Sri Dr Noor Hisham Abdullah said in a press conference yesterday (15 July) that it takes mere seconds for a person to be infected with the Covid-19 Delta variant but can be managed through increased public health measures as well as a ramped-up vaccination drive.

As an example, if 100 people with the Delta variant are infected he said, the virus can spread to 500 or 800 more people.

The World Health Organisation (WHO) says the Delta variant is a variant of concern that they are tracking and monitoring around the world due to its increased transmissibility.

Dr Noor Hisham said that Malaysia isn’t the only country that has been affected with WHO citing 96 other countries as well.

Initially, a person could get the virus from an infected person through close contact of less than one metre over 15 minutes, but now with the new variant that is airborne, it only takes 15 seconds.

The Health ministry’s health measures in Labuan where the Delta variant was first discovered in Malaysia, shows that it can be managed.

Through increased public health measures and a boost in vaccinations, 52% of the population there have been fully vaccinated with only 26 new cases reported yesterday.

With how vaccination and public health measures have proven to control the pandemic, Dr Noor Hisham says we need to apply the same strategy in the Klang Valley with the government’s aim for at least five million people to have their first vaccine dose.