The report was made yesterday. 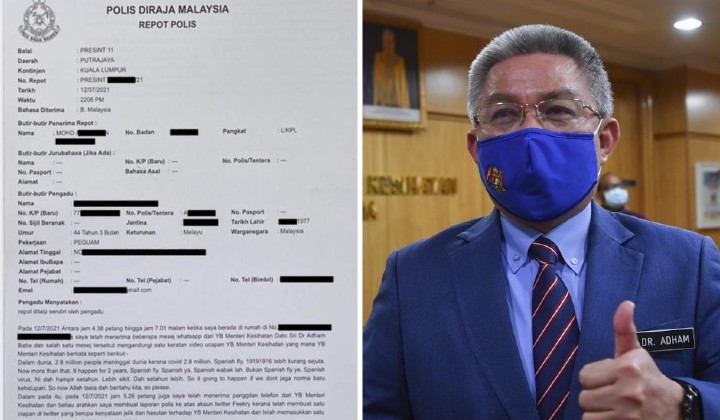 It was shared to TRP on Twitter along with a picture of the report that alleges that a 44-year-old lawyer lodged the report after being requested to do so by the Health Minister.

In the same WhatsApp message, the YB Health Minister has instructed to lodge a report on The Rakyat Post for publishing the article on 12 July where at the end of the story, the publication were being cynical in their statement saying We’re pretty sure this aphrodisiac was most definitely not what Adham Baba had in mind when he mentioned Spanish Fly in the context of Covid-19. In any case, the crushed beetles never killed over 20 million people.

To find out more about the report, the company sent over a staff member to the Precinct 11 police station to ask about the situation and it was confirmed that there was a report lodged recently.

Although the police were friendly and accommodating, they declined the request to produce a copy or reveal where it was lodged.

The News Desk.
The Editor.

Get ready with some “HOT” water when PDRM starts the investigation. pic.twitter.com/0U012anl6O