He says that from a legal standpoint, the current Prime Minister and Cabinet can continue to wield executive power. 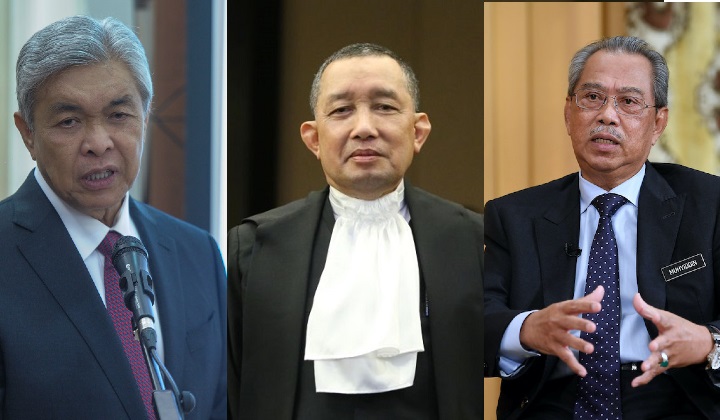 Attorney-General Tan Sri Idrus Azizan Harun says that whether or not someone has the support of Members of Parliament must be determined by the MPs themselves, not via a statement by a political party or party leader.

As such, in a statement released today addressing last night’s announcement by UMNO president Datuk Seri Ahmad Zahid Hamidi, Idrus said there were no clear facts to show that Prime Minister Tan Sri Mahiaddin Yasin does not have the support of a majority in Parliament.

Quoting Article 43 (1, 2, and 2a) of the Federal Constitution, Idrus says that from a legal standpoint, the current Prime Minister and Cabinet can continue to wield executive power.

Article 43 of the Constitution states:

(1) The Yang di-Pertuan Agong shall appoint a Jemaah Menteri (Cabinet of Ministers) to advise him in the exercise of his functions.
(2) The Cabinet shall be appointed as follows, that is to say –
(a) the Yang di-Pertuan Agong shall first appoint as Perdana Menteri (Prime Minister) to preside over the Cabinet a member of the House of Representative who in his judgment is likely to command the confidence of the majority of the members of that House;

Ahmad Zahid in a live stream said that UMNO, which has the most seats in Parliament, had rescinded its support for the Prime Minister following a 5-hour meeting between the party’s leadership, though the details of this remain unclear as many Cabinet Ministers in the government are from UMNO.