30% were victims of physical and sexual abuse. 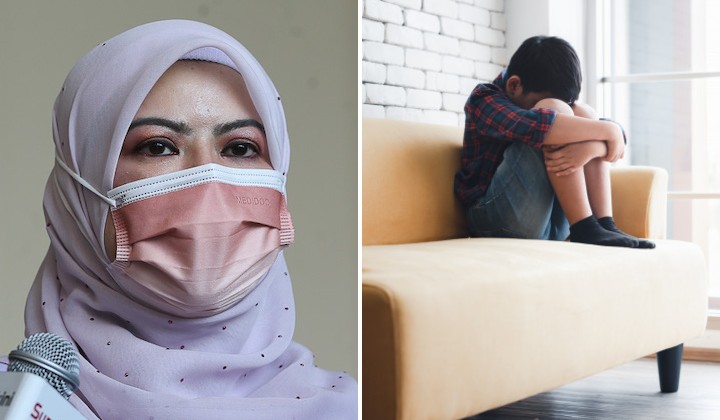 The Ministry of Women and Community Development has received 2,040 child abuse cases in the first four months of this year, according to its Minister, Datuk Seri Rina Mohd Harun.

It’s reported by The Star that 35% of the 2,040 cases involved neglect, while almost 30% were victims of physical and sexual abuse.

She reminded parents and guardians to not abuse their children as a way of venting their anger even though they are facing various challenges at this time.

In the current situation, some have started to lose their jobs and as adults they can’t take it out on their children.

Rina said to Utusan that those who are currently facing difficulties can contact Talian Kasih at 15999 or join a support group.

Rina also talked about the 13-year-old girl with Down Syndrome who was allegedly abused recently, saying that appropriate action should be taken against those responsible.

I met the victim a while ago and she is still traumatised by the episode. It is my hope the police can wrap up their probe soonest and if there is proof of abuse, those responsible must be dealt with accordingly.

It’s reported that Kuala Lumpur police have opened an investigation paper over the abuse of the teenager following a report received on 24 June.

The victim had burn marks on her chest, hand, neck and thighs, as well as other injuries and, based on medical examinations, she also suffered an infected burn wound on her bilateral forearm and had multiple old scars all over her body.

Early investigations by the police showed that the victim stayed with six other children at a condominium unit in Wangsa Maju but they were not harmed.

They said that the caretaker, the 28-year-old woman is currently being investigated for the case.

The incident caught the attention of Malaysians and the Ministry after a Facebook user uploaded the pictures of the injured child on social media which went viral.