If regulated, the market value of this industry can go up to RM10 billion. 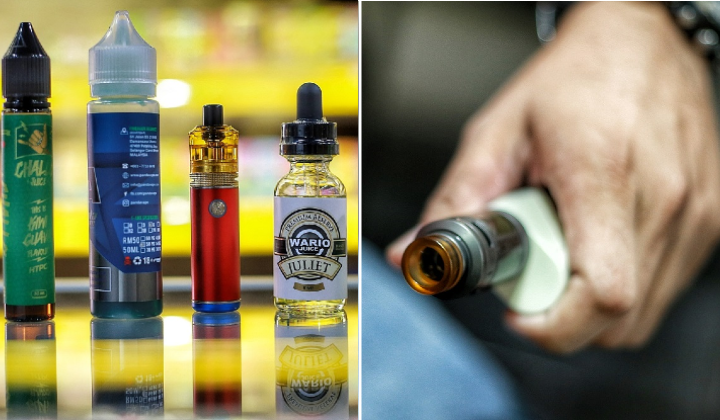 It’s the largest stimulus package by the Perikatan Nasional (PN) government since the RM250 billion PRIHATIN package announced in March last year when the country went into a lockdown for the first time to curb the spread of Covid-19.

While the government has been timely in introducing various economic stimulus packages to support the domestic economy and protect livelihoods, it requires the delicate balance of providing aid and managing the financial constraints on the country.

To mitigate this, the government needs to consider creating new revenue streams and there’s one particular industry that they should take notice, and that’s the vape market.

It’s possible to create new revenue streams for Malaysia by regulating the local vape industry and expanding the taxation framework which is currently limited to vape devices and non-nicotine e-liquids, according to Retail and Trade Brands Advocacy Malaysia Chapter (RTBA Malaysia).

The Chapter’s Managing Director Datuk Fazli Nordin said to Focus Malaysia that the government should consider expanding taxation laws for vape e-liquids to include e-liquids with nicotine which make up 97% of the market.

Just by doing this, he said, Malaysia can generate some RM300 million in excise duty in the first year alone.

We can also learn from our neighbours Indonesia as they’ve seen over 60% growth since the introduction of a vape tax in the country between 2019 and 2020.

Malaysian Vape Chamber of Commerce (MVCC) said that the Malaysian vaping industry is currently valued at around RM2.27 billion.

The Sun reported that there are more than 3,300 businesses related directly to the vape industry in the country, boasting a workforce of more than 15,000 workers and in 2019 alone, it’s estimated that workers in this industry were paid up to RM450 million in wages.

By reviewing the legislation to include e-liquids with nicotine, MVCC President Syed Azaudin Syed Ahmad feels that the Malaysian vaping industry has significant potential waiting to be unlocked.

This will spur the growth of SMEs, which will in turn create jobs and generate tax revenue for the Government.

Syed also mentioned that while other sectors are seeing challenges to attract investments, Malaysia is in good position to attract Foreign Direct Investments (FDIs) into this sector.

MVCC believes the vaping sector is ready and capable to attract quality FDIs given its established ecosystem that global investors and multinational companies would find appealing.

RM10 billion in market value if the regulation is in place

Besides tax income and FDIs, proper regulation will allow the industry to grow and compete globally, according to Economic and Investment Analyst Pankaj Kumar.

He was quoted by The Malaysian Reserve saying that the local vape industry has great potential to grow if there are comprehensive guidelines.

If it’s properly regulated, he projects that the market value of this industry could increase to around RM10 billion.

I estimate the market value of vape to increase to RM10 billion if it is carefully regulated because it is not only limited to the domestic market, but also on a global level as the vape industry has grown rapidly around the world. With a comprehensive policy from the government, it will enable the Malaysian industry to compete globally as there is a high demand for this product.

Economic and Investment Analyst Pankaj Kumar via The Malaysian Reserve