Covid-positive foreign workers are trapped in farms with nowhere to go. 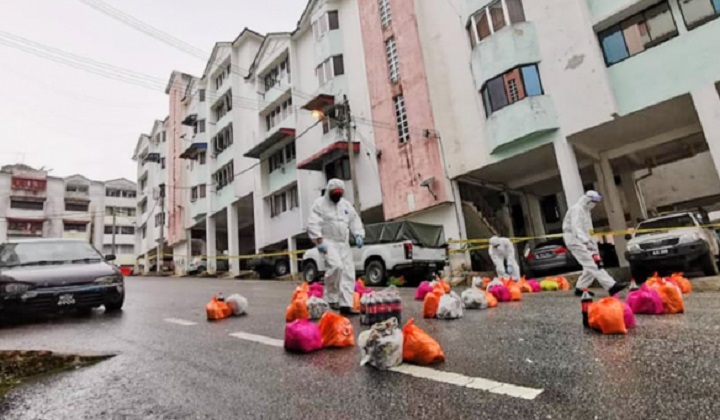 The government’s handling of the lockdown in Tringkap is a ticking bomb, according to sources there, as there is no designated quarantine centre for Covid-positive individuals.

Covid-positive individuals, primarily foreign workers who work on the farms that supply vegetables to the rest of the country, are told to remain on their farms.

It’s a nightmarish prospect as most workers’ quarters are cramped and not conducive to physical distancing.

According to locals, they had proposed that the town community hall be used as a quarantine centre.

The suggestion, however, was turned down by the National Security Council (MKN).

The reason given: it would be dangerous if Covid positive individuals, especially the foreign workers, would endanger the public should they come out from the farms.

Tringkap was put under the Enhanced Movement Control Order (EMCO) from June 28 to July 11.

Tanah Rata assemblyman Chiong Yoke Kong said unless patients are quarantined in a proper centre, others face a high risk of exposure and infection.

“The workers’ lives are at stake, and I have appealed to the Bangladesh embassy to take
immediate attention.

“Ironically, Covid-19 patients from other districts have been sent to Cameron Highlands for quarantine purposes.

“Therefore, the government’s response is perceived by the local patients and residents as practising doubles standards, which is utterly unfair and inhumane,” said the DAP Youth deputy chief.

Chiong urged the MKN to consider alternatives such as the Sultan Haji Ahmad Shah Silver Jubilee Hall in Tanah Rata.

He warned that a prolonged lockdown would further destroy the livelihood of farmers, especially smallholders.

“Indeed, people from Bentong (more than 200km from Cameron Highlands) are quarantined in Copthorne Hotel,” he noted.

The four-star hotel is a mere 10 minutes from Tringkap.

Lau, who is also Tringkap Village Development and Security Committee (JKKK) member, regretted that Chiong had taken the matter to the Bangladesh embassy, fearing it would antagonise the authorities and lead to another ‘Ops Gading’.

Ops Gading is a series of enforcement since December 2014 to purge illegal farmers and
foreign workers from Cameron Highlands.

Cameron Highlands district officer Datuk Ishak Md Napis declined to comment when
contacted, saying he was not authorised to do so.

Despite being the person in charge of Pusat Kawalan Operasi Bencana (PKOB) for Cameron Highlands, Ishak said the matter should be referred to the office of the Pahang Menteri Besar instead.