The office was raided for a film that has yet to be shown. 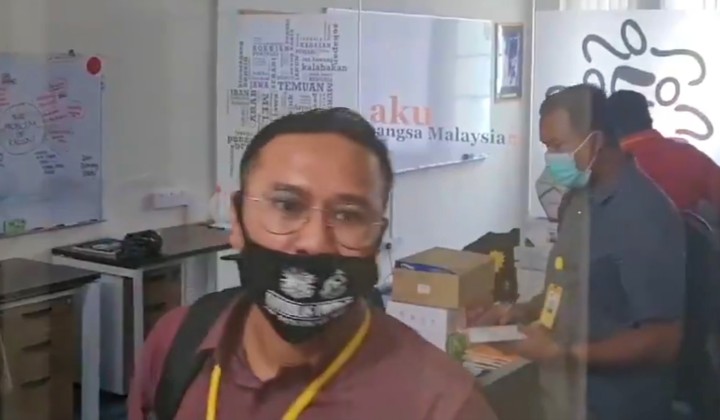 Freedom Film Fest, an annual human rights documentary and social film festival in Malaysia run by the Freedom Film Network, had their office in Petaling Jaya raided over investigations regarding an animated short film titled “Chili Powder & Thinner’ by Suaram and FFN.

UPDATE: Police are raiding the offices of the Freedom Film Network in Petaling Jaya and the house of cartoonist Amin Landak today.

Happening Now: Pusat Komas, the office of @freedomfilmfest is being raided by the authorities. They've locked the journalists out of the facility. pic.twitter.com/rJkol012lu

Ironically, this animated short film which has caught the attention of the police is about police bruatality in Malaysia.

#Malaysia: The film under investigation is under 4 minutes, based on the true story of a boy who testified to being tortured, while under police custody with two of his friends. In solidarity with filmmakers and activists of @freedomfilmfest!#HumanRights #DocumentaryFilm https://t.co/NiCxhTyFDZ

SUARAM, Malaysia’s Human Rights advocacy group, has called this investigation carried out by the police a form of intimidation and harassment.

We see these investigations as a form of intimidation and harassment of human rights defenders, including artists and storytellers.

We stand in solidarity with Amin Landak and Anna Har and demand the police to cease any intimidation and harassment against the two.

TLDR: How Ahmad Zahid, Rosmah, Najib And Shafee Abdullah Got Their Passports Back