Malaysian freelancers in the industry however are still confused about the distribution of aid. 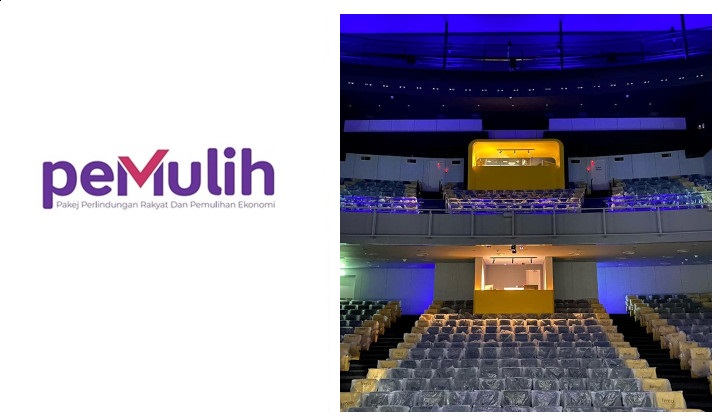 Speaking to Bernama today, Malaysian Television Producers Association president Datuk Jurey Latiff Rosli said assistance will definitely alleviate the burden of industry players, especially production crew who have lost their job after the job was not allowed to operate.

However, we hope the distribution of aid this time around will be done in a more comprehensive manner involving all workers in the industry whether they are working with a company or just freelancing

In case you missed the initial announcement on Monday, provisions include incentives for the following:

Artiste associations have hailed the move as “timely” and “just what they wanted” but also felt the allocation could have been made earlier.

However, in an industry where there are hundreds of thousands of people employed, assistance to an allotted 8,000 people appeared too small.

But the freelancers are still doubtful

When TRP spoke to professional Emcee Navin Nair earlier this month, he told us it was the uncertainty that affected him the most.

READ MORE: The Death Of Live Events – The National Covid-19 Recovery Plan That’s Not For Everyone

And now with the announcement for relief, he still thinks it’s hard to give his stand on it as there hasn’t been anything specific which has also created some confusion.

For example, in the latest announcement about 35,000 jobs to be made available in the arts and creative industry through the RM100 million allocation, Navin wondered whether that is the amount for the allocated 8,000 people. He says, “Thats an average of RM2.5k per person for 35,000 people and that’s IF each is paid.”

When speaking to Azim who does admin and accounts for a production house that caters to local dramas and telemovies at Layar Ceritera, his sentiments were similar to that of Navin’s.

He told TRP, “There was an announcement but nothing concrete,” in response to what he knows about applying for the financial aid.

In a report by NST, Malaysian Film Producers’ Association (PFM) president Pansha Nalliah said that while the announcement sounded great for the industry, they were more concerned about how the funds would be disbursed.

“There are more than 8,000 people in the creative industry, and I hope the government and all associations of the industry get together and come up with a sound mechanism to ensure that all individuals who are in dire need of financial assistance get their burdens alleviated,” he said.

Your Covid-19 Special Assistance Payments Will Resume On 6 September