Datuk Mohd Rashid Hasnon is both the Batu Pahat MP as well as the Deputy Speaker. 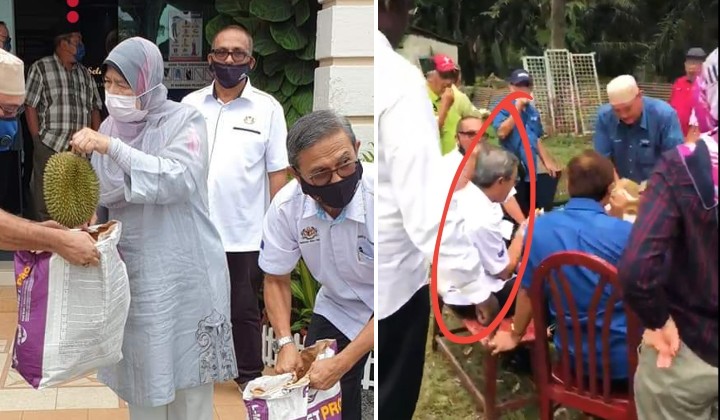 Batu Pahat MP Datuk Mohd Rashid Hasnon was allegedly caught with a large group of people at a durian feast. In a video being spread on social media, Mohd Rashid, who is also the Deputy Speaker, was seen sitting closely at a table tucking away into fresh durians without masks and social distancing.

In response, Mohd Rashid denied the allegations, saying that the video is from a year ago before the Movement Control Order (MCO) was put in place.

However, sharp-eyed netizens were quick to point out that he and the people around him were photographed on that same day wearing the same clothes.

Caught in the act

The photographs were taken on 27 June 2021. Later on, the video showed a few individuals at the durian party in a farm who were also in the same photographs.

Despite Mohd Rashid’s denials of the durian party, the police will step in to investigate the matter, according to The Star.

Batu Pahat police noted that a police report has been lodged over the alleged breaking of the nationwide FMCO by Mohd Rashid, hence why he will be called up by the police.