The Prime Minister will also announce a discount for electricity bills later. 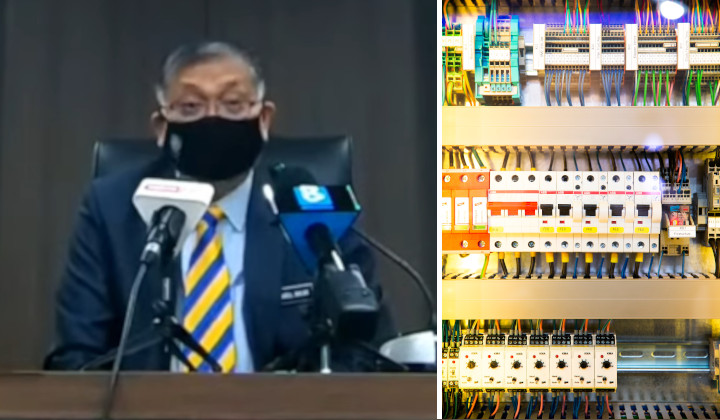 Malaysians will continue to get a 2 cents per kilowatt-hour (kWh) rebate for their electricity bills from 1 July to 31 December despite an increase in the imbalance cost pass-through (ICPT).

This means all 9.44 million TNB account holders will receive an average rebate of 5%.

Those in the Kulim Hi-Tech Park who receive power from NUR Power will also receive the rebate.

Minister of Energy and Natural Resources Datuk Seri Dr Shamsul Anuar Nasarah explains that based on the current adjustments, there is an increase of RM 638.98 million in the ICPT.

Without intervention, the electricity rebate for the second half of 2021 would have been 1.13 cents for kWh. However, the government will rebate an additional 0.87 cents per kWh to maintain the electricity tariff this year.

The increase, said Dr Shamsul, was caused by the increased cost of coal and gas in January.

Dr Shamsul also added that the Prime Minister will announce a separate targeted electricity bill discount for domestic and non-domestic users, later. It will affect users in Peninsular Malaysia and Sabah from July to September.

Meanwhile, households with an income of RM1,169 and below, and are registered with e-Kasih, are qualified to receive an RM40 rebate for their electricity bill.

However, according to Dr Shamsul, as of May there are 282,182 heads of households that are qualified but until today only 113,743  or 40.41% have updated their electricity bill account to receive the rebate.