While most stores remained closed during MCO 3.0, this high-end luxury brand had a letter of permission. 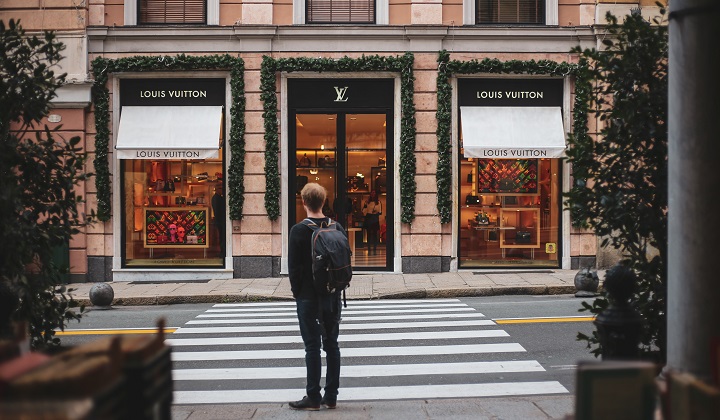 It began with a Twitter post by Malaysia Digital Chamber of Commerce (MDCC) president, Chris Daniel Wong, of a letter of permission by the Ministry of International Trade and Industry (MITI). The photo was presumably taken from a storefront of a Louis Vuitton store in Bukit Bintang.

In the post Wong called out MITI and its minister, Datuk Seri Azmin Ali, asking if the letter is real and that Louis Vuitton can operate because it is deemed as an “essential service”.

His followers promptly jumped in with pokes at how buying luxury goods are essential for the upper class. Some even said that Louis Vuitton got away with it because they pay high taxes.

Or how about Louis Vuitton bags as reusable shopping bags.

The same picture gained some traction on Reddit with the post titled “Louis Vuitton declared “essential service” by MITI”. Echoing claims by the MDCC president.

In response, the Ministry of Domestic Trade and Consumer Affairs (KPDNHEP) Twitter account pointed out that Louis Vuitton not only has its own online platform, but it also applied for a permit through the Covid-19 Intelligent Management System (CIMS) under the e-dagang (e-commerce) category.

The KPDNHEP also noted that the businesses registered as e-commerce may still trade in essential and non-essential services and that “nobody is allowed to walk-in to the store except the delivery service to fetch the merchandise ordered by customers”.

In other words, Louis Vuitton is using their store as a warehouse during the Movement Control Order (MCO) 3.0 and there is no mention of it being “essential” anywhere in the letter.

Of course, the explanation was not accepted by everyone.

Wong says that Louis Vuitton (Malaysia) should operate from a warehouse, using their store in a mall as storage to send the wrong message and that no one reads the fine print.

Wong has been questioning MITI’s approval process since the beginning of the MCO 3.0 and asks that the ministry consults with state authorities to verify companies applying for approval to operate during the lockdown.

“We have received reports that some non-essential businesses were allowed to operate after furnishing inaccurate information,” he said.

“While barbershops and hair salons are not allowed to open, manufacturers such as wood processing companies were given approval to operate. I don’t see how these companies can be categorised as essential services,“ Wong added in an interview with Bernama TV on the “Ruang Bicara” programme last week.

What do you think? Are Wong’s claims correct? What are essential services during the MCO 3.0? Check out our translation of the Total Lockdown SOP and let us know your conclusions.