Almost every other subject improved except for Vocational and Language-based subjects. 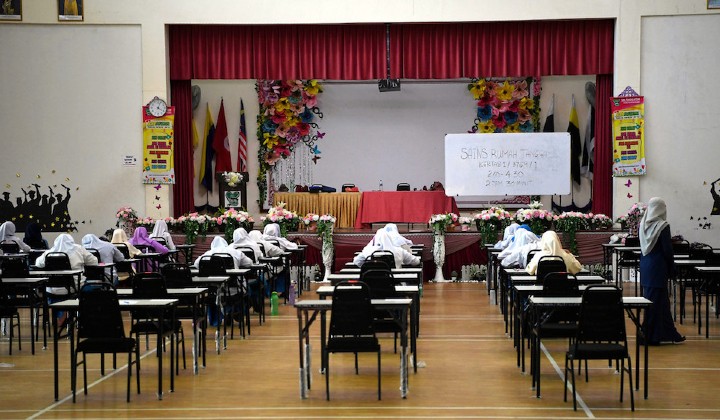 The Ministry said that candidates in 2020 performed better than in 2019, based on the National Average Grade (GPN) where a smaller number indicates better results.

Here’s how the students fared during the latest examinations.

Language shows a decline but other core subjects show improvement

This trend is also prevalent in the Language elective where the grades for Literature in English, Chinese Language and English Science and Technology improved for this year but the results for Malay, Chinese, and Tamil Literature; and Arab, Tamil, Iban and Kadazandusun Language subjects declined.

Religious electives doing great, Vocational, not so much

Many religious elective subjects saw an increase in grade performance with Quran Memorisation and Turath Dirasat Islamiyah being the only two subjects which didn’t do as well.

It’s not looking so great for Vocational Subjects however, as the grades for many of their subjects such as Membuat Perabot and Kerja Paip Domestik went down but there are improvements in other subjects such as Produksi Multimedia and Pembinaan Domestik.

Meanwhile, grades on Science-based subjects such as Chemistry, Biology and Additional Science have improved for SPM 2020 but Physics and Sports Sciences saw a decline in this years’ results.

Students Were Asked ‘What’s Your Dream Wedding?’ During SPM Exam, Netizens Are Split About The Question