Some sectors saw an increase in employment. 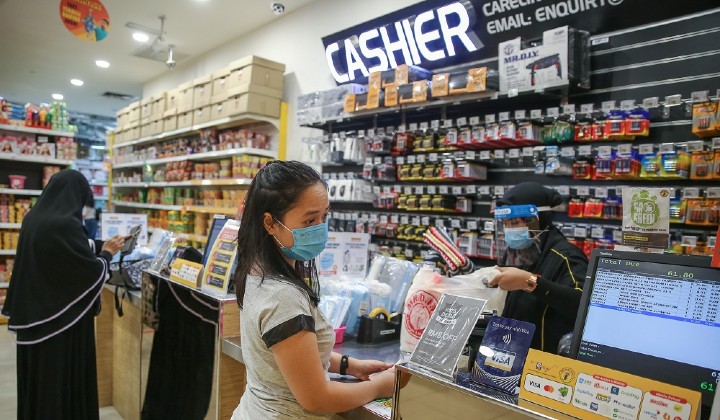 Malaysia’s unemployment rate has continued to decline in April 2021, lessening by 0.1 percentage point to 4.6% compared to March which was at 4.7%, according to the Department of Statistics Malaysia (DOSM).

DOSM said in their Key Statistics of Labour Force in Malaysia, April 2021 report that the number of unemployed workers has reduced in April by 10,500 to 742,700 compared to the previous month which was 753,200.

The employment-to-population ratio which indicates the ability of an economy to create employment remained unchanged at 65.4% in April 2021.

From the viewpoint of economic sector, DOSM said the services industry had an increase in employment numbers and they were largely in:

Similar trends were also observed in manufacturing and construction sectors, but DOSM said that both agriculture and mining & quarrying sectors continued to show a decline.

77.9% of employed persons are employees, while the remainder 22.1% reported to be own-account or self-employed.

Meanwhile, more people are also dabbling in entrepreneurship, with own-account or self-employed workers registered an addition of 12,300 persons to record 2.49 million in April. In March 2021, the number was at 2.48 million.

May a challenging month for labour market

Although April is looking good, DOSM said that May witnessed the public health crisis situation in Malaysia becoming more challenging with the rise in daily Covid-19 cases, resulting in the implementation of Movement Control Order (3.0) nationwide until 31 May 2021.

During this phase, the department added, most of economic sectors were allowed to operate, although employers had to adopt work from home policies with not more than 30% of management-level staff in the premises in addition to closures of all educational institutions while social events, sports activities, games and recreation were prohibited.

Inter-states and inter-district travels were also restricted with certain exceptions. This scenario signalled some challenges to the labour market in May especially to the new entrants and small business operators.

The department foresees a challenging situation for the labour market with the escalating number of Covid-19 cases and the sharp increase in daily cases towards the end of May 2021, resulted in the implementation of the total lockdown with the closure of all economic and social sectors except for essential economic and service sectors.

Although it might look gloomy, DOSM said that the government has been implementing various initiatives such as PEMERKASA and vaccine rollout will assist affected groups as well as help to restore the labour market condition and the public health situation in Malaysia in the months ahead.