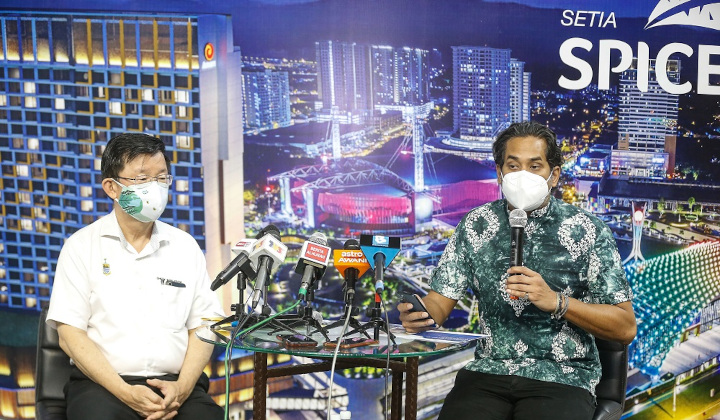 National Covid-19 Immunisation Programme Coordinating Minister Khairy Jamaluddin said today (3 June), in a joint statement with Penang Chief Minister Chow Kon Yeow, that the government has set a target of giving 150,000 Covid-19 shots per day by June before increasing them to 200,000 shots by July.

Khairy, who is also Science, Technology and Innovation Minister, said the target could be achieved through establishing more vaccination centres, including 1,000 private clinics nationwide and through the drive-through system.

When speaking to reporters after visiting the Vaccine Distribution Centre at Penang’s SPICE Arena in George Town, he also noted that Malaysia’s vaccination rate has surpassed neighbouring countries like Indonesia, Thailand, the Phillippines, and Vietnam.

Although this is not a race, it is good for us to benchmark our performance and in terms of daily injection rate, I have asked for it to be constantly improved from day to day.

As reported by the Malay Mail, Khairy also said the vaccination centre at The SPICE Arena would be used as the AstraZeneca vaccination centre in Penang starting 7 June with a total of 133,000 doses already prepared for the first round of dispensing. He says, “We will start with 1,000 vaccine shots a day and will increase to 3,000 a day on weekdays and 2,000 on weekends.”

To facilitate the vaccination process for workers who have to work during the movement control order, the government is also looking into the proposal to set up vaccination centres in the Bayan Lepas and Batu Kawan industrial areas.

91% Of Malaysians Yet To Take Their Second Covid-19 Booster Shot, MOH Extends Eligibility For 50YOs And Above