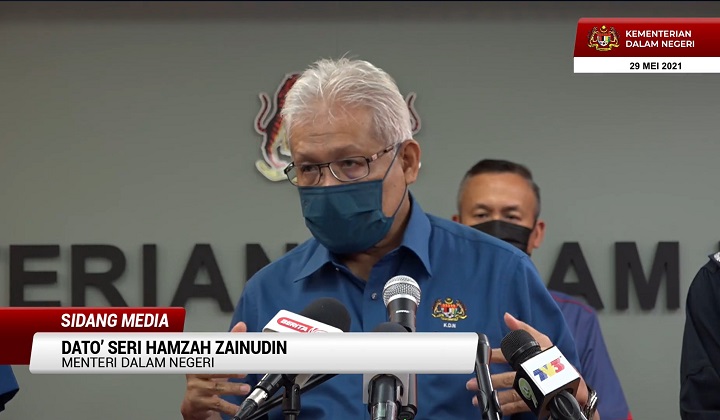 During the special press conference, he shared that currently there are 37,000 officers from the Royal Malaysian Police on the ground, enforcing the MCO nationwide.

The Home Affairs Ministry plans to increase the number of police officers to 55,000 and add another 15,000 uniformed personnel from other various agencies, such as the Army, to add to the numbers.

More officers will be added if needed and if the lockdown has to be extended.

The number of roadblocks will be increased from 600 to up to 800 nationwide including in rural areas.

To deal with illegal immigrants

The Malaysian Prison Department has prepared jail cells and satellite prisons for illegal immigrants and he noted that steps have been taken to alleviate congestion in prisons.

Satellite detainment depots are also provided at the border to hold illegal immigrants trying to come into the country.

“KDN asks everyone to cooperate and please follow the SOP that has been set by the government. We are at a critical level.

“We have to be more strict,” said Hamzah.

Meanwhile, he also added that the KDN operations room will function 24 hours from 1 June onward to answer any questions.