The maximum punishment for child neglect and endangerment is a RM20,000 fine, 10-years in prison, or both. 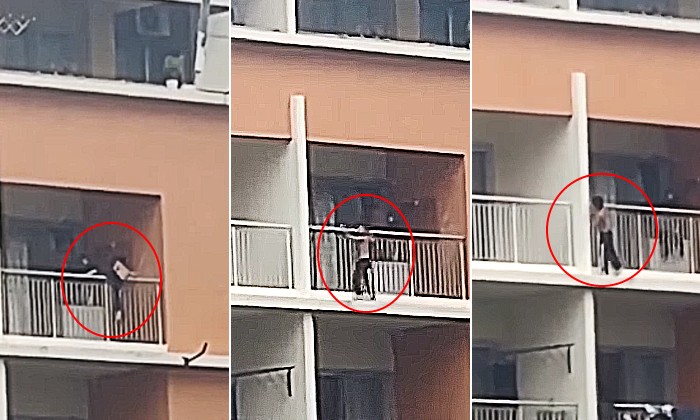 Malaysians were overcome with horror when a video of a child dangerously playing outside the balcony of an apartment building was left to dangle on social media.

The 15-second clip posted on the Info Roadblock JPJ/POLIS Facebook page captured the chilling scene where a topless young boy had climbing over the railings of the apartment complex and continued to walk precariously along the edge of the building.

Another boy in gray clothing can also be seen in the footage, before the video cuts out.

The video was supposedly captured at the government living quarters in Putrajaya.

Comments on social media reveal the terror faced by netizens when witnessing the child perform such a dangerous act.

While some had blamed the child’s parents or guardian for their negligence, others pointed the finger at the apartment’s developers saying that the building’s design was unsafe for children.

According to the Child Act 2001 (Act 611), severe penalties can be charged against parents or guardians who mistreat, abandon, neglect or expose a child to either physical or mental harm. If found guilty they may be liable to a maximum punishment of RM20,000 or 10 years in prison, or both.

Former Civil Servant Alleges Discrimination, Many Qualified Non-Malays Do Not Get The Jobs They Want