An investigation was launched into donated vaccines in response to allegations made against the Federal Government. 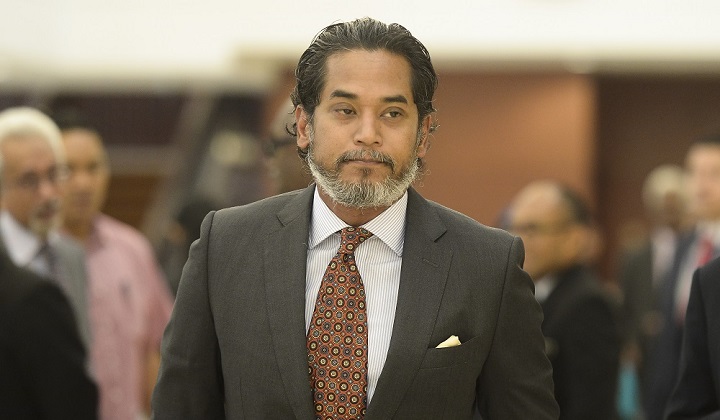 “I am responsible for vaccine procurement in Malaysia, so I know where the supplies come from,” said Khairy at an online press conference.

In the case of Penang, Khairy said that based on investigations the company that supposedly was donating the vaccine does not exist.

“I will categorically say again today. This donation or offer is bogus. Look at the offer, there’s not even a letterhead,” said Khairy and added that the investigation with Sinovac China yielded no proof of the donation.

The shocking revelation came as a response to reports of the Health Ministry rejecting Penang’s government request to accept donations in the form of two-million Covid-19 vaccines.

In an NST report yesterday Penang Chief Minister Chow Kon Yeow stated that the state government of Penang received the offer for donation in February, but it was rejected by the Health Ministry Secretary-General in March.

He then reiterated that Penang wants the ministry to approve its request to receive the donated doses from a private company to the state government.

UPDATE: Chow in a press statement insists that the Penang government has done their best in the issue as the vaccine offer would have provided the citizens of Penang safety against Covid-19.

He cited that the Health Ministry secretary-general Datuk Mohd Shafiq Abdullah, in his reply dated 12 March that the Penang Government need not consider the donated vaccine as the Federal Government already has the National Covid-19 Immunisation Programme.

Chow noted that the secretary-general did not mention anything regarding the private company offering the vaccine in his reply.

Therefore, he added, without the approval letter from the Health Ministry, the Penang State Government could not continue negotiation with said company.

“In light of Khairy’s serious accusations, the State Government asks the company in question to give an explanation and present evidence to clear their name,” said Chow

No purchase was made of vaccines by Sekhar Foundation

On a separate issue, Khairy also said that there are no records of any purchase by the Sekhar Foundation, an organisation linked to businessman Vinod Sekhar, which recently accused the government of rejecting its application to bring in 200,000 doses of the Covid-19 vaccines to be given out for free.

UPDATE: In an Opinion piece published by theVibes written by chief government liaison officer of PETRA Group Datuk Dr William Stevenson, the PETRA Group had a meeting with Khairy today to clear doubts of their intentions to donate 200,000 doses of Sinovac vaccine.

“PETRA Group and the Vinod Sekhar Trust are not associated with any other parties offering vaccines. We are in fact only wanting to purchase and provide approved vaccines for free, to the most vulnerable.

“We explained to YB Khairy that in our correspondences to the government, we disclosed that we are able to bring in the vaccines directly and were seeking guidance on the correct means and appropriate channels to do so,” wrote Dr Stevenson.

Vinod Sekhar is the owner of theVibes and is the chairman of both the PETRA Group and the Sekhar Foundation.