Malaysia has experience sending peacekeeping teams through the United Nations to several countries including Lebanon, the Philippines, Sudan, and Sierra Leone. 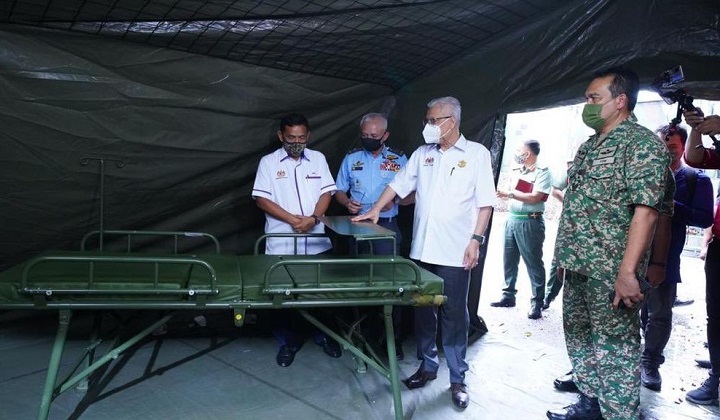 Senior Defence Minister Datuk Seri Ismail Sabri Yaakob said that Malaysian troops are ready for a peacekeeping mission in Palestine if requested by the United Nations. He emphasised that the decision should be left to the UN and not be made arbitrarily.

He told the reporters after a briefing on the preparedness of Malaysian Armed Forces’ (MAF) medical services in helping the country face the Covid-19 at the Tuanku Mizan Armed Forces Hospital yesterday, that the decision to send army personnel to Palestine also involves international laws.

Malaysia has experience sending peacekeeping teams through the United Nations to several countries including Lebanon, the Philippines, Sudan, and Sierra Leone.

The Prime Minister, Tan Sri Muhyiddin Yassin in his Special Message on Issues on Palestine said that the Israeli violence against Palestinians is a war crime that violates the 1949 Fourth Geneva Convention and that Malaysia is saddened and disappointed by the UN Security Council’s inability to halt the atrocities immediately.

Based on reports, the Israel Zionist regime’s aggression and attacks on Palestinians started with the attack on the Al-Aqsa Mosque on May 7, and airstrikes on the Gaza strip since May 10.

Almost 200 Palestinians have been killed in the attacks including women and children with Israel reporting 10 dead including two children.