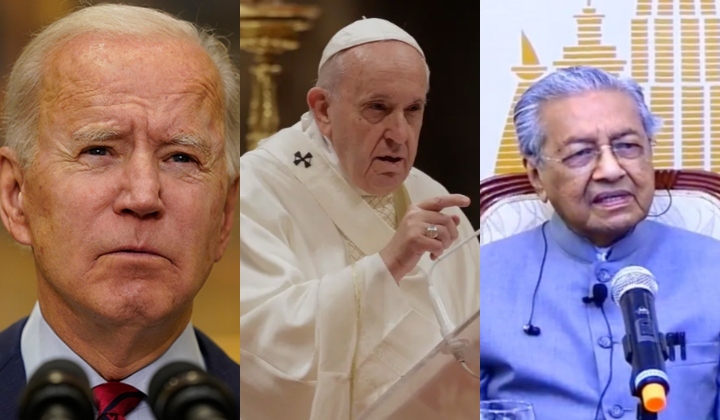 The Deadliest Day of the Conflict

According to the Palestinian Ministry of Health, on Sunday two Israeli airstrikes in Gaza killed at least 43 Palestinians, including eight children, and injured 50 others, most of whom were women and children.

Violence has boiled over to the occupied West Bank, where on Friday, at least 11 Palestinians were killed by Israeli forces during violent clashes, marking the largest number of people killed in a single day in the West Bank in years.

In a phone call with Israeli Prime Minister Benjamin Netanyahu, on Saturday, US President Joe Biden expressed his “grave concern” over the violence in Israel and Gaza.

Biden expressed his “strong support” for Israel’s right to defend itself while also emphasising his clear concern over the deadly flare-up and casualties on both sides.

He also voiced US support for a negotiated two-state solution to the ongoing Israeli-Palestinian conflict.

In a separate phone call with President Abbas of the Palestinian Authority, Biden made the same point highlighting “strong commitment to a negotiated two-state solution as the best path to reach a just and lasting resolution of the Israeli-Palestinian conflict”.

The US leader also stressed the “need for Hamas to cease firing rockets into Israel.”

Pope Francis appealed “in the name of God” for calm in the Holy Land, as the deaths of dozens of children is terrible and unacceptable. “Their death is a sign that people do not want to build the future, but to destroy it.”

He warned that the ongoing violence risks a descent into a spiral of death and destruction with wounds to fraternity and peaceful coexistence that will be difficult to heal without an immediate return to dialogue.

The Pope urged Israeli and Palestinian leaders “to stop the clamour of arms and to walk the path of peace, with the help of the international community.”

He called for unceasing prayer for Israelis and Palestinians to “find the path of dialogue and forgiveness, to be patient builders of peace and justice, opening up, step-by-step, to a common hope, to coexistence between brothers.”

Pope Francis then asked the faithful to pray for the victims of the conflict, “especially the children.”

Former Prime Minister Tun Dr Mahathir Mohamad said a solution can be found for the conflict through joint action by Muslim countries.

He expressed the hope for the Palestinians and the Arab world to sit down and think of a proper strategy to stand up to Israel.

I hope that the Muslim world will awaken to the present situation. I wish we all will suffer less against the violent activities of the Israelis against the Palestinians and against humanity.

Dr Mahathir said it was important to get diplomatic recognition and go into the realm of diplomacy in order to explain the truth of the struggle, that the victims are the Palestinians and not otherwise.

“People who are praying are not a danger to anyone,” he said.

Leaders of Malaysia, Indonesia, and Brunei, in a joint statement, have condemned the Israeli government’s targeting of civilians throughout the Occupied Palestinian Territory.

We call upon the international community to remain resolute in their commitment to safeguarding the “two-state solution” towards achieving an independent State of Palestine, based on the pre-1967 borders, with East Jerusalem as its capital. We reiterate our solidarity with, and commitment to the Palestinian people, including their rights to self-determination, and the creation of an independent and sovereign State of Palestine