At 28 years old, she’s won on average more than 1 medal a year since she’s been alive. 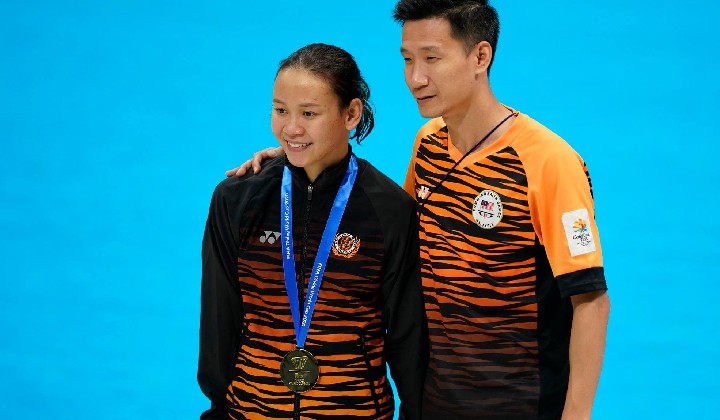 National athlete Pandelela Rinong was recently put on the spot after Sarawak’s State Minister of Tourism, Arts, Culture, Youth and Sports Datuk Abdul Karim Rahman Hamzah said that she shouldn’t be awarded a Datukship because ‘too much rewards will spoil atheles’.

This is a rather baffling statement considering our other great national athletes like Datuk Nicol David and Datuk Lee Chong Wei were granted their titles at the age of 24 and 25 respectively. For comparison’s sake, Pandelela Rinong is currently aged 28.

Pandelela Rinong made her international debut when she was just 14 years old, and brought home 4 gold medals from the 2007 Asian Junior Aquatics Championships.

That same year, she also won a gold medal at the 2007 Southeast Asian Games in Thailand.

A year later, when she was just 15 years old, she represented Malaysia at the Olympics for the first time, although she placed 27th in the 10m platform category.

Making a splash on the international diving board

Still, Pandelela has made splashes in many other international sports competitions.

She won Malaysia’s first-ever diving medal from the World Aquatics Championships in 2009 by bringing home the bronze medal for the 10m synchronized platform with fellow athlete Leong Mun Yee.

A year later, in 2010, she once again brought home Malaysia’s debut gold medal in the Commonwealth Games for an aquatic sport.

In 2012, at the Summer Olympics in London, Pandelela was not only the debut Malaysian female athlete granted the honour of being the national flag bearer, but also the first one to bring home an Olympic medal!

She went on to compete and win in a string of other international competitions until her biggest win recently at the 2021 FINA Diving World Cup held in Japan, where she brought home a gold medal for her 10m platform individual event!

Results speak for themselves

Since she started her career as an athlete, she has won 11 gold medals, 9 silvers, and 9 bronzes internationally.

Now we’re certainly not the government, but it almost seems like with these kinds of achievements, perhaps a Datukship would be considered a just reward instead of a frivolous one, especially since there are people running around with titles who have contributed a lot less.

Of Course, The Youth And Sports Minister Is Guilty Of (Something) [Opinion]