Selangor CM Datuk Amirudin Shari said they have been operating for 25 days already. 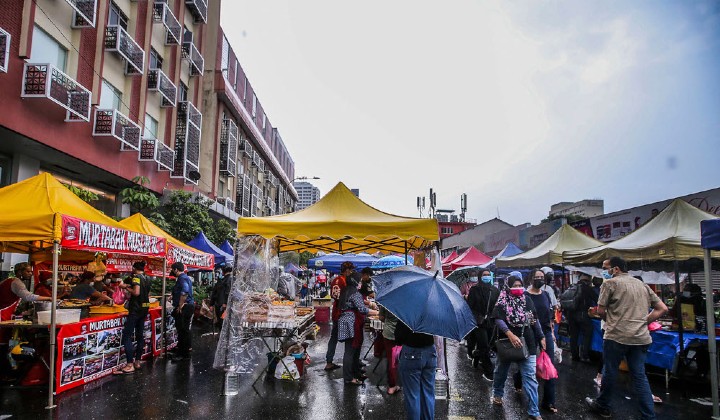 Starting 8 May, all Ramadhan bazaars in Selangor will not be allowed to operate, based on an announcement made by the Chief Minister, Datuk Seri Amirudin Shari.

In the press conference today, he said that although the Federal government has announced that it is allowed, the state government would still continue with the ban.

READ MORE: MCO For Six Districts In Selangor From 6 To 17 May

We have reached the decision that Ramadhan bazaars will not be allowed to operate starting Saturday, this is to allow bazaar and stall owners to clear up their stock. Considering that they have been operating for 25 days come Friday, so it’s not cruel for us to order them to stop their operations.

Meanwhile, Hari Raya bazaars and night markets are still allowed to operate throughout the Movement Control Order (MCO) period but they are only allowed to open until 10 pm and are subject to conditions set by the state government.

Amirudin said among the conditions set for these markets include:

As for dine-ins, the Selangor CM said that it is not allowed but eateries, shops and petrol stations can now operate from 6 am to 12 am.