Concerned residents also noted that there were dead fish in the river the next day. 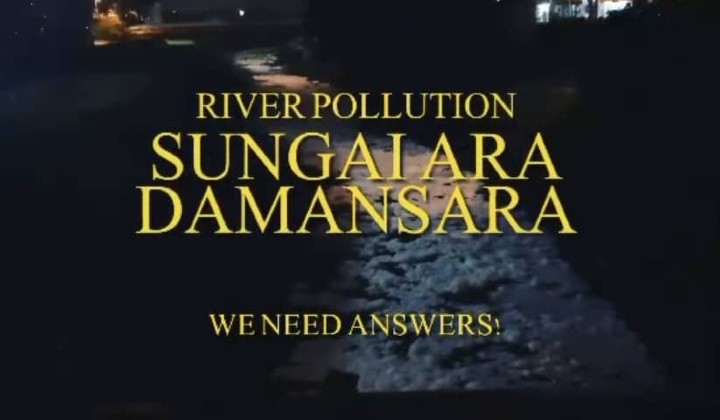 Residents around Sungai Damansara have raised concerns about the river possibly being polluted with chemicals after white foam with a strange smell was spotted this week.

In a report by Malay Mail, the first sighting of the foam happened on 1st May behind PPR Subang. A resident noticed the river’s surface was coated in a blanket of white foam and there was reportedly a chemical smell similar to a drain cleaner.

Dead fishes were spotted at Sungai Damansara the next day.

Footage of the foamy, contaminated river was then shared by social enterprise Biji-Biji Initiative onto social media with the question:

“This can’t be natural and this can’t be safe. Who has the answers and who is responsible?” read the caption

The aforementioned resident who noticed the pollution was actually Taylor’s Me.reka Makerspace director William Koong who was shocked by the sight.

In the comments of the video, William confirmed that he had already lodged a report with the Petaling Jaya City Council (MBPJ).

However, when Malay Mail called up MBPJ, a spokesperson informed the daily that they were unable to provide any comment as river management fell under the jurisdiction of the Department of Irrigation and Drainage (DID).

Sungai Damansara is a river in Selangor that runs from Sungai Buloh to Shah Alam. It’s also home to otters.