The Minister says he wrote to the Pahang State Government on 12 April regarding the matter. 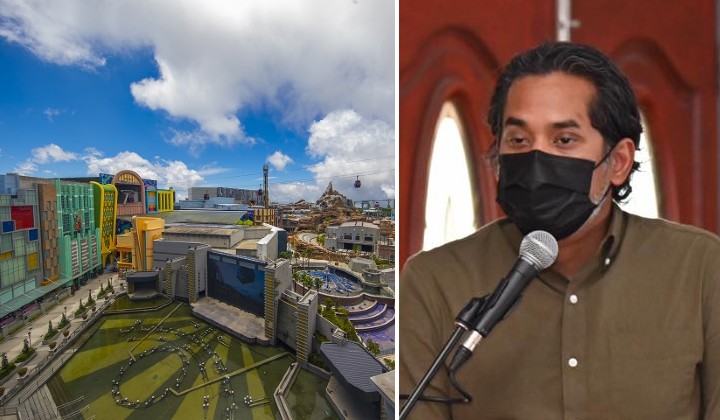 After rumors circulated on social media that some workers of Genting Group have been vaccinated ahead of the elderly and high-risk individuals, the Federal Minister in charge of rolling out vaccines has laid the blame squarely at the feet of state officers.

Science, Technology and Innovation Minister Khairy Jamaluddin said in a statement that he had never issued such a directive the decision to do so was made by the Covid-19 Immunisation Task Force (CITF) in Pahang.

Following the rollout of phase 1 vaccinations for frontliners, Khairy said some states had thought they could roll out the vaccine to other recipients.

“In Pahang, the State CITF had decided to give the vaccine to workers in the tourism sector involving 56 hotels in Kuantan, Genting Highlands, Camerong Highlands, Jerantut, Raub, Mentakab, Bentong, Bukit Tinggi and Fraser Hill.

“The decision to administer these vaccines were made when the Pahang state had given finished first doses of vaccines (while waiting for time to pass before giving the second) to all recipients listed in the priority phase 1 group,” said Khairy.

He continued that the Federal CITF only found out about the decision by the state’s CITF after they had started giving out the vaccines.

Khairy says he has since written to the Pahang State Government on 12 April 2021 that only the Special Committee for Ensuring Access to COVID-19 Vaccine Supply (JKJAV) has purview over who belongs on the list of early vaccinations.