However, a premium boutique fitness centre is said to be keeping their cases under wraps. 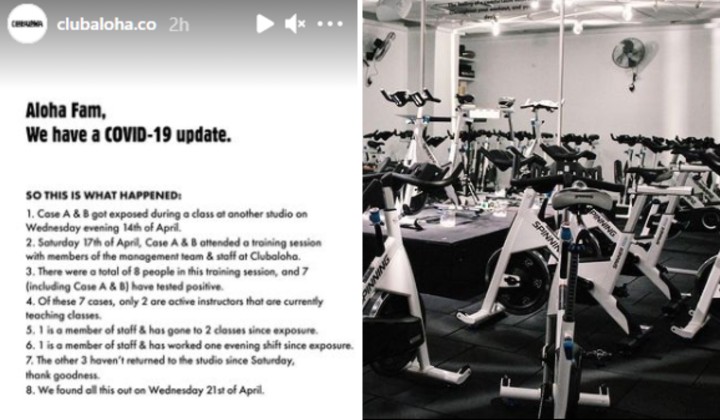 If you’re into going to the gym, be careful as several fitness establishments around the Klang Valley area that have reported positive Covid-19 cases in their premises.

Netizens have claimed that a premium fitness franchise has been linked to multiple cases of the virus but have not released a statement regarding the cases.

They claim the franchise is also deleting comments on social media posts questioning why it has not publicly acknowledged the cases or informed its members for their safety.

We tried reaching out to the establishment in question but they have yet to respond.

Other gyms which have been more upfront about their cases include Club Aloha in Taman Sri Hartamas which confirmed via multiple Instagram story posts that seven people have tested positive, including two active instructors.

The fitness club said that the infection happened after two individuals were exposed to the virus while attending a class at another gym before transmitting it to their establishment.

We have only conducting outdoor classes or Muscle classes. Our cycle studio has been shut a whole year.

Meanwhile, Kota Permai Golf and Country Club has informed their members via e-mail that 12 of people tested positive for Covid-19 on 22 and 23 April and said that sanitations have been on-going since the virus was detected.

It’s reported by The Star that the government allowed for recreational fishing, gym, golf and driving institutes to operate back in February this year.