Malaysia has even overtaken the UK in Covid-19 cases per-million. 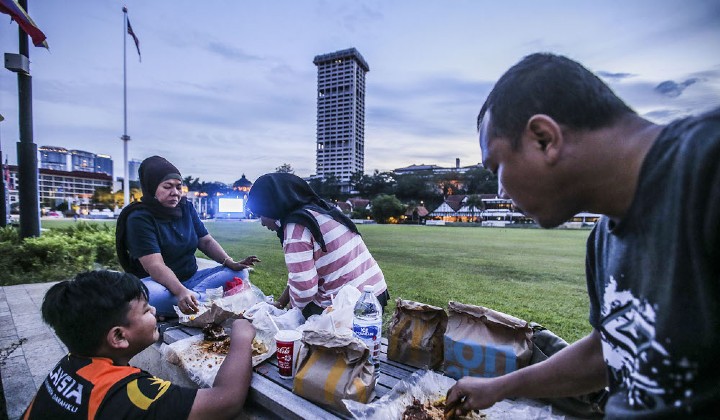 Events such as gatherings should be avoided to reduce Covid-19 community clusters or Malaysia could see 50,000 active cases by Hari Raya Aidilfitri – which is in May.

NST quoted Epidemiologist Dr Malina Osman who said activities that require people to remove their face masks or eat together in public should postponed, including buka puasa events and going to parks and gyms.

She said that the current infection spike was linked to Malaysia’s culture of sharing meals as a form of social and communal interaction but acknowledged that social gatherings in private settings were difficult to monitor and regulate.

Dr Malina also added that also said if interstate travel is allowed before Hari Raya Aidiladha in July, this could have dire consequences to the healthcare system that’s struggling to cope with the daily new cases of more than 2,000 since April 15.

As of 21 April, 21,687 active Covid-19 cases have been recorded, based on stats from the Health Ministry.

The country reported 66.03 new Covid-19 cases per million people on April 19 which is almost double compared to the UK’s average of 37.5 cases, based on a rolling seven-day average.

Manipal University College Malaysia (Community and Occupational Medicine) Professor Dr G. Jayakumar also agreed that social events which revolve around dining should not happen as they increase the risk of a virus transmission during a pandemic.

SOP compliance among the public has been waning recently as pandemic fatigue sets in. Malaysians are also frustrated and discontented with the perceived inconsistent enforcement of the SOP, where hefty fines are issued immediately to laymen for breaching the SOP, while VIPs get away scot-free.

This sentiment was shared by Dr Malina who was also puzzled with the inconsistencies in SOP enforcement with a number of individuals seeming to have “immunity” when it comes to interstate travel.