The fire was at a food processing factory in Gombak last night, not a chemical plant as was rumored on social media. 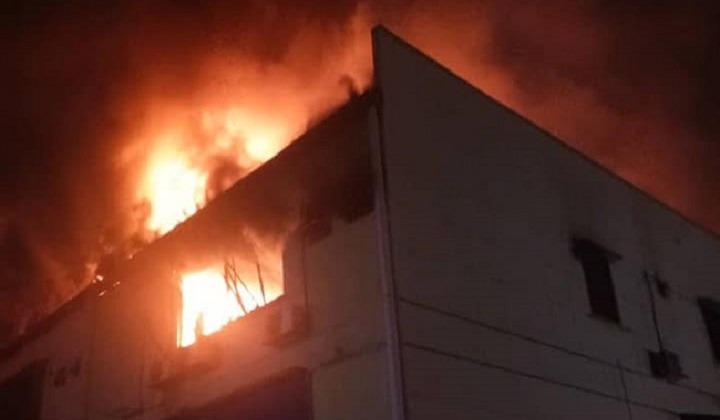 A fire at a factory in Batu Caves, Gombak, last night may be the source of a stench that can be smelled in Publika, Mont Kiara and Taman Tun Dr Ismail from last night till this morning.

Furthermore, while the smell of the smoke is unpleasant, firefighters say there is nothing to worry about as it is not hazardous.

A report shared to TRP stated that firefighters received a call of a fire at Dolomite Industrial Park at 9.47pm and were on location at 10.00pm.

In all, 35 firefighters and 6 vehicles from Selayang, Rawang, Seri Hartamas, Gombak Selatan and Gombak firestations were involved in the operation which lasted till 1.00am this morning.

The factory is said to be a class A 1,000 square feet facility and 40% of it had burned by the time firefighters arrived.