The Health DG said that the matter was being investigated. 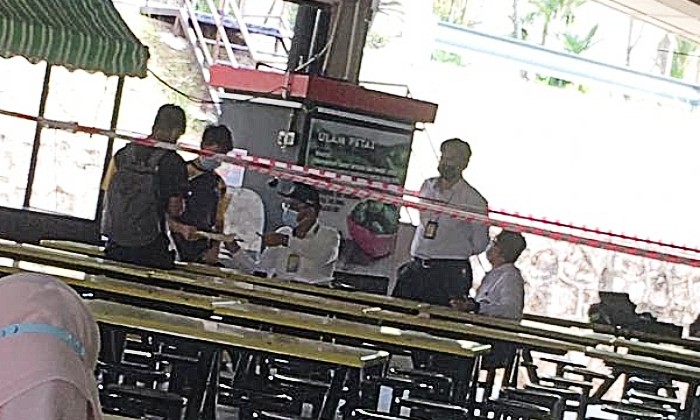 Authorities are looking into how several matriculation students in Perak were supposedly fined RM1,500 each for breaking Covid-19 rules.

Malaysians had called the government unreasonable after allegations surfaced online that the Perak Health Department was issuing summons to students at the Perak Matriculation College (KMP).

The matter was first brought to light by Twitter user @NabilAmirul4 who had shared a picture supposedly showing health authorities in uniform attending to a couple of students at the college’s cafeteria with the caption, “Perak matriculation students have been locked up for a whole semester but in the end, the Health Ministry (KKM) comes into the cafe and issue RM1,500 compounds to students.”

Another Twitter thread posted by user @ainurjannxh claims that many students were charged without warning and that they only had two weeks to pay off the fines to avoid going to court.

She continued by revealing how health authorities had originally came to investigate a food poisoning incident at the college cafeteria before raiding the students for standard operating procedure (SOP) violations.

The post also shared how KMP students have stayed relatively isolated with little contact with the outside world for close to 5 months during their semester in college.

“If it’s students, no need to open an investigation paper. Compound straight away,” wrote the former Youth and Sports Minister on Twitter questioning why authorities were so quick on punishing instead of advocating people.

The same was preached by Simpang Renggam MP and former Education Minister Dr Maszlee Malik who commented saying that teaching and reminding people of Covid-19 health guidelines can do more good than issuing compounds on the spot.

The matter also received a response from the Health Director-General (DG) Tan Sri Dr Noor Hisham Abdullah who said that the Perak health authorities were investigating the situation.